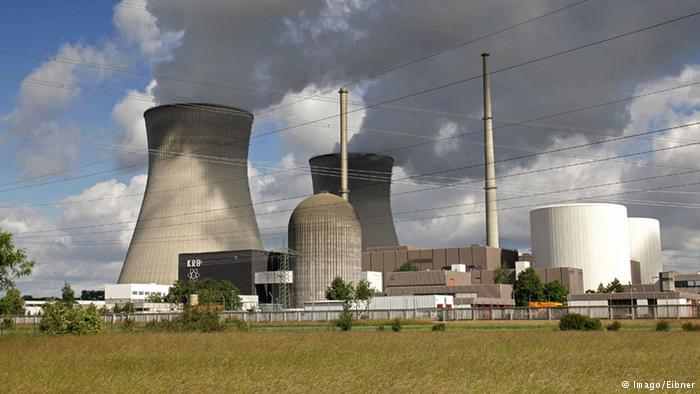 Isaac and Hasnaa are both in their late 20s and they are both passionate about the world they live in. But there’s one fundamental difference. Isaac is a climate change skeptic and Hasnaa believes it’s happening.
The debate over climate change is everywhere. It’s in the newspapers we read, on the TV shows that we watch and it’s happening all around us. But while many people generally agree that the global temperature is rising, what is more contentious are the reasons why.

Life Links spoke to two young people to find out their views:

Isaac Orr is a climate change skeptic. It’s something that used to drive his ex-girlfriend nuts, he says. He believes that global warming is to with normal fluctuations in the earth’s temperature, irrespective of CO2. The 27-year-old also thinks that the use of fossil fuels just makes economic sense. Isaac is a research fellow at the Heartland Institute, a US-based think tank that ran a counter event to the COP21 Paris Climate Conference.

Hasnaa Benlafkih believes that climate change is manmade and that something needs to be done to stop it. The 26-year-old is a program manager with the Global Diversity Foundation, which works to “protect biocultural diversity and enhance socio-ecological well-being.” She organizes workshops and extracurricular activities for young girls from underprivileged rural areas with the aim to foster environmental stewardship particularly the importance of conserving biodiversity in the High Atlas Mountains in Morocco.

Why do you think climate change is happening?

Hasnaa: It’s happening because our economies are dependent on spewing out a lot of pollutants and greenhouse gases into the environment. Climate change is the by-product of a dysfunctional economic system.

Isaac: I studied geology in college so I feel like I have a comprehensive view of the temperature record that the earth has had over the last 4.6 billion years and there’s always been a lot of variation – there have been periods where we’ve had higher CO2 concentrations, and lower temperatures.

There are a lot of feedback mechanisms, so as the ocean changes temperature it can either hold more or less CO2. So it’s one of those things where I don’t think the jury is out. I think there’s a lot of uncertainty.

What are the biggest problems as a result of climate change?

Hasnaa: I think climate change will exacerbate social justice issues and income disparity. There are already problems with the refugee crisis in Europe, but if climate change worsens then the world will have to brace itself for climate refugees. Climate change will cause droughts and rising sea levels that will displace people. It will increase the likelihood of political and social upheaval and also terrorist and extremist groups. It has ramifications that are widespread and unpredictable.

Isaac: It’s not to say that we’re not having an impact on the climate, because I think we are having some impact. But how sensitive is the global atmosphere and temperature to our carbon dioxide and greenhouse gas emissions? I just don’t think they’re necessarily as big a factor as some people say they are.

Isaac: [Trying to mitigate climate change] is just one of those things where these regulations have to have large implications on the prices of electricity and that’s going to affect people. That’s less money that you can put towards other things. I’m not a fan of saying that I’m going to take this money and spend it on this, but if you’re going to spend it on something, I think a lot more people die of heart disease, cancer every year. We might do a better service to the world by figuring out that stuff first. I just don’t think that the amount of global warming that we’re going to be able to prevent with these types of measures is going to be significant enough that it’s our best use of money.

Hasnaa: Morocco has gone through periods of drought. Subsistence farming is getting pushed out because it is dependent on rainfall. In Islam there is a special prayer for rain that is only used when the country is desperate for rain and they are performing it here in Morocco on Friday.

The issues of climate change and conservation are related. In the Ourika Valley many people make a living by collecting medicinal plants or working for businesses in the cosmetic and food industry that depend on aromatic plants. But biodiversity conservation is also important because many plants have cultural functions and when they disappear, there is a part of cultural heritage and identity that are lost with them.

What do you think about alternative energies?

Hasnaa: I think they are an important factor in decreasing greenhouse gas emissions. We can no longer be dependent on fossil fuels both because of the harm they are doing to the planet, but also for social and political reasons. The sooner we wean our economy off the carbon intensive energy resources, the faster we move towards less income disparity and lessen the power of undemocratic governments. But it’s not just our dependence on nonrenewable sources of energy that needs to change, it’s also the way we plan and build our cities and our consumer lifestyles among other things.

In Morocco, we are reliant on fossil fuels. But Morocco is working on improving that with, for example, a huge solar panel farm, which is a would be a first in the region.

Isaac: We’ve been thinking that we were going to run out of fossil fuels for a really long time. For me, I think it’s about technology and the ability to get oil out of the ground. At some point we might get to the point where we don’t have the technology to get more fossil fuels out of the ground, but at that point it becomes cost competitive for wind and solar and nuclear to get into the market naturally. So I think it [investing in renewable energy] is just a little premature right now and maybe we’ll find something else completely. For me it’s about promoting the most cost effective way of going about it, energizing our society.

Hasnaa: It is not an issue in Morocco. Fracking is terrible for the environment particularly our water systems. It’s not even a necessarily economically viable option because the price of oil fluctuates and it is definitely not viable when one takes into account how detrimental it is to our planet and health.

Isaac: Even when I write about fracking, I don’t say it’s the best thing since sliced bread. I say, you know, this is really good for us right now. It’s really important. There are certain drawbacks and risks to the environment, but if we can mitigate these in a way that’s satisfactory then I think the benefits outweigh the costs, so that’s how I like to look at everything.

I don’t like to gloss over the bad parts, because I think that really diminishes credibility. But I think it can be done in an environmentally responsible way. A lot of the impacts are the same as conventional oil and natural gas development and honestly if you want to live in a society where you can drive your car, have a house that’s heated and you enjoy abundant electricity, there are certain trade offs that you need to make.

What do people in the country where you live think about the environment?

Hasnaa: Most people in Morocco have a small carbon footprint in comparison to people in the developed world. Their standard of living is not as consumerist. But many people who are becoming more environmentally aware. Although they may not call it climate change, there is a sensitivity and awareness to the changes happening in the environment particularly in communities whose livelihoods and culture depend on nature.

Isaac: I think it’s the generally impression that Europe tends to be a lot more green-minded or at least more concerned about carbon dioxide emissions than we are in the United States, but there are a good amount of people that are concerned about it, too. But I just don’t think, when Bernie Sanders [independent US presidential candidate] came out and said he thinks climate change is the biggest threat that humanity is facing, well, I just think there’s a lot more immediate danger. For me, economic growth is a big threat, that our country has more debt than GDP. But it’s all a matter of perspective.

But do people think it is the responsibility of the developed world to cut down on emissions?

Isaac: When people talk about limiting CO2 [emissions] in the developed world, one thing that kind of goes untalked about is the impact that will have on the developing world. There’s 1.3 billion people in the world that have no access to electricity and I think those people don’t want wind and solar.

We [the Western society] were once in the same boat and I think it’s important to note, that when people have a higher standard of living, they demand cleaner environments. In the US, we used to have a lot less environmentally protective ways of going about mining…we didn’t care as much about the environment because people were struggling to survive, but now that we’ve raised our standard of living that becomes a more important consideration. So at some point the people in, for example, India don’t really care and Brazil and other places where people are struggling to survive. They’re fine with deforestation and other things because they need to do that in order to live. But if you can promote their economic well-being – and a lot of that happens through increasing their ability to access affordable energy in the form of coal, oil or natural gas – they’re going to develop ways of having less impact on the environment while still providing a standard of living to people that is far better than they already have and I think that’s really important.

Hasnaa: I would say yes. This is a point of contention in the ongoing climate negotiations at COP21. Some are saying that agreements made in the early 90s to give the developing world time to catch up with the developed world are now outdated because a lot of the developing world countries are becoming wealthier and are increasingly part of the developed world, but I don’t agree with this line of thought because even countries like India and Brazil still have a lot of catching up to do in some regards. The developed world has been doing things to cause climate change for a long time and the global south will get hit hardest by climate change.
I hope climate action will bring the world together. We have everything to gain from making the world a better places and everything to lose by resisting.

Is climate change to blame for ‘Islamic State’?