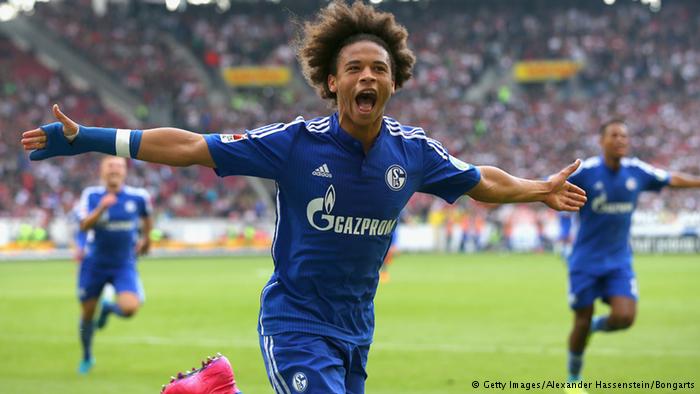 A few days after scoring a clutch last-minute goal in the Europa League, Augsburg replicated that trick against Schalke in the Bundesliga. It’s the latest chapter in a comeback for the southern Germans.
Augsburg 2-1 Schalke
(Hong 34′, Caiuby 90+1′ – Kolasinac 70′)

Augsburg’s season is back on track, after the Acorn Boys got a 2-1 victory against Schalke on Sunday. With both teams having competed in the Europa league mid-week, the hosts had just a tiny bit more fuel in the tank, and it made the difference in the end.

While Schalke were switching wingers and bombing down the flanks, Augsburg spent much of the match conserving energy after the quick turnaround. Schalke controlled most of the match as a result but generated few real chances. And Jong-Ho Hong gave Augsburg a first-half lead with a fortunate flick off of a Dominik Kohr shot.

Though Augsburg played with considerable composure, Schalke started to pull their defense apart in the second half. Eric Maxim Choupo-Moting, who scored two goals mid-week in the Europa League, was able to draw Augsburg away from goal just enough to poke a ball through to Sead Kolasinac. The defender equalized. Suddenly Schalke – without an away win since September – felt that three points were within reach.

They were wrong. As the clock ticked down, a botched clearance fell to the feet of Caiuby, whom Schalke’s back line somehow overlooked despite Augsburg’s nuclear yellow kits. The Brazilian volleyed home to snatch all three points for the hosts.

With the 2-1 win, Augsburg vault all the way up to 13th place, while Schalke tread water in eighth.