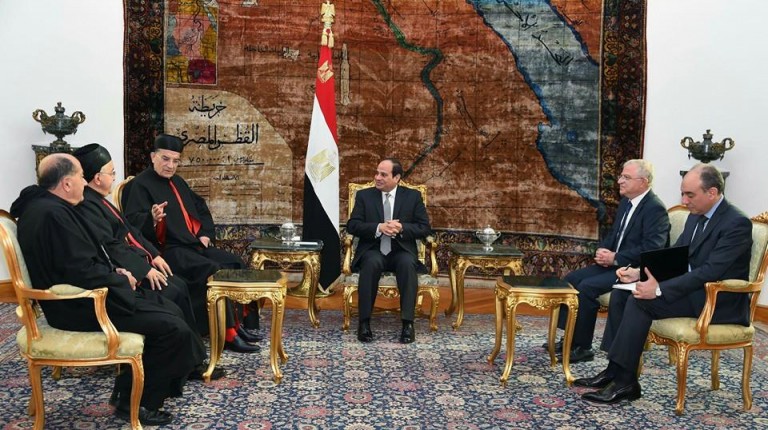 President Abdel Fattah Al-Sisi met the head of Lebanon’s Maronite Church on Sunday, stressing the importance of continuing efforts to achieve national unity and select a president for Lebanon.

Al-Sisi’s meeting in Cairo with Patriarch Bechara Boutros al-Rahi was also attended by the Lebanese ambassador to Egypt, Khalid Zaiada, according to a presidency statement.

According to the statement, the two sides affirmed the good bilateral relations between Egypt and Lebanon, while Al-Sisi expressed Egypt’s interest in maintaining the stability and the security of Lebanon. He said there was a need to resolve divisions and unite around a president.

Lebanon has been without a president for more than a year, while members of parliament have extended their own terms until 2017 after failing to agree on a law for fresh elections.

The conflict in neighbouring Syria has brought further economic pressures for Lebanon, compounded by the arrival of 1.1 million refugees.