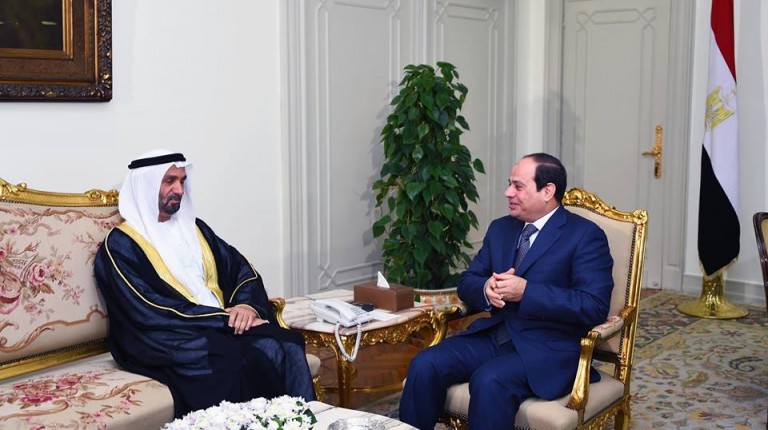 Al-Garwan expressed his satisfaction with Egypt’s parliamentary elections, which were completed in “a transparent atmosphere”, according to a presidential statement.

Both parties agreed that through the parliament, they need to work on countering “an ongoing attack against the Arab world resulting from terrorist and extremist groups using religion as a cover to their destructive actions”.

Parliamentary elections are soon to be completed since four pending constituencies in the governorates of Beheira, Alexandria, and Beni Suef will complete the final round of elections on Tuesday and Wednesday.

Elections were considered transparent by observers. According to the final observation report issued by local NGO Maat, one of the largest organisations that observed parliamentary elections and hosted international organisations, the state did not interfere or place any restrictions on the right to candidacy or voting.

Maat reported numerous violations committed by candidates but it concluded that elections’ results were not majorly affected by the candidates’ manipulations of the votes through methods such as bribery, breaking electoral silence, and distributing goods in exchange for votes.