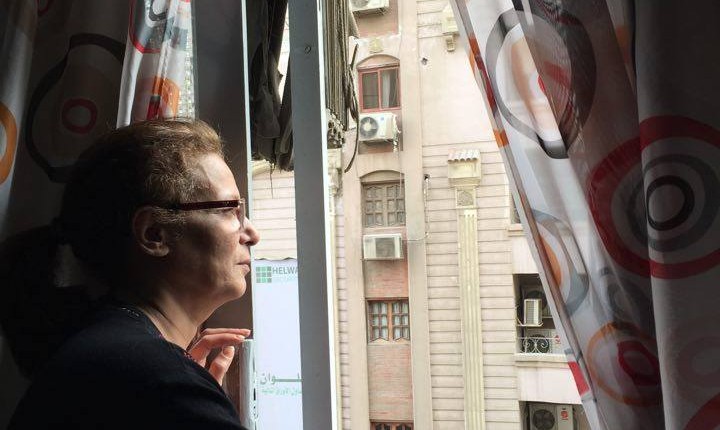 Surrounded by numerous industrial facilities, noisy transportation, and ongoing construction work, Helwan residents keep their windows closed and home appliances covered. They constantly clean appliances to keep them from being ruined by layers of dust.

Unfortunately, they have not been able to prevent the dust from entering their lungs and causing irreparable damage.

Over the decades, the previously quiet town of Helwan has seen an industrial boom, with the rapid growth of factories producing steel, cement, cars and textiles, as well as several quarries. It has become a major industrial zone, populated by thousands of industrial workers needed to keep production flowing.

The residents of Helwan say the factories have brought serious atmospheric pollution, both from dust associated with products such as cement and the smoke pouring from factory chimneys. They fear that things could get worse if more factories switch to burning coal in future.

As a result of all the pollution, hundreds of families now suffer from serious respiratory disease.

Hayat, 54, has been living in the same old yet cosy apartment all her life, located in the midst of cement and steel factories. She has faced a constant battle to keep the pollution out of her home, and she now suffers from respiratory disease.

“My mother died of atrophic emphysema, and now I have the same disease. All the family’s health problems are respiratory,” Hayat tells Daily News Egypt.

Hayat says her mother developed respiratory problems years ago, and was taken to hospital. In the intensive care unit, she underwent a blood test for CO2, and the results were shocking.

“My daughters and grandchildren are also living with lung allergies and using inhalers,” she continues.  Doctors have told them to leave the area, but this seems to be financially impossible.

Another Helwan resident, a steel worker named Anwar, says employees at his factory suffer from a range of health problems related to their polluted environment.

“About 6,000 people work in the factory, with at least 200 to 300 different people checking into the factory’s clinic everyday for respiratory problems, liver problems and leukaemia,” he says.

Anwar lives about 2 km from the steel factory, in an old apartment surrounded by other factories, including cement plants. “The pollution problem does not only affect the workers but also residents,” he says.

Daily News Egypt speaks with one young woman from the nearby area of Al-Tebeen who works for the Egyptians Against Coal awareness campaign.

Speaking on condition of anonymity, she says: “We spoke to workers and residents in the areas of Helwan, Al-Tebeen and Maasara about their health concerns and it turned out most of them have no medical insurance.”

According to research conducted in June 2014, people in Al-Tebeen were more outspoken about their health concerns, whilst those in Helwan and Maasara were mainly concerned with hanging onto their jobs, she says.

“I was encouraged to take part in such campaigns when I woke up one morning to find the backyard of my house covered in white dust,” she says.

She recalls another shocking moment of realisation, from back in 2006: “I was returning from college with my sister and saw white smog in the air. At first we thought it was a normal fog, but when we arrived and stepped out of the car we could not breathe – as if we were underwater.”

Environmental activists aim to eliminate use of coal