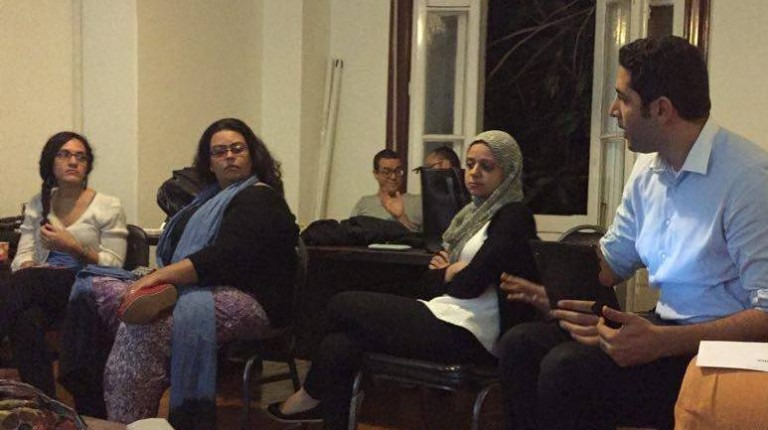 The decision of Egypt’s government to use coal for energy has sparked many concerns from local non-governmental organisations. Some have taken a stand against the decision through awareness campaigns, official reports and technical studies, amid an apparent lack of awareness on the part of citizens regarding the threats of coal-related pollution.

Daily News Egypt spoke to local NGOs about the reasons behind their stance and the alternatives they suggest.

“When we talk about environmental issues, it is often perceived as luxury; nobody believes how poisonous this is,” Said Amena Sharaf, environment justice researcher at the Egyptian Centre for Economic and Social Rights (ECESR).

Environmental justice is defined as maintaining ecological services, which are basically any product or service provided by nature that humans can benefit from, according to Sharaf.

“When you destroy this ecological system by polluting the waters and lands with coal emissions, you attack people working in agriculture and fishing sectors directly in their main source of livelihood,” she said.

Currently, the centre is preparing a coal pamphlet for distribution that illustrates everything related to coal use and another pamphlet about alternative energy resources.

Researchers at the local independent Habi Centre for Environmental Rights (HCER) said they are not against coal use as much as they are against the lack of transparency from factories in providing data on their environmental performance.

“If the use of coal is inevitable, it is going to be very difficult to monitor factories’ environmental figures due to insufficient data,” HCER researcher and communications manager Fatma El-Sayed said.

The centre launched a social media campaign in October using the hashtag Stop Violations Of Cement Factories. They also provide legal assistance and studies on relevant issues. A manual published in May guides citizens to monitor the harm done by heavy industries.

Desperately aware of the damage coal can do, environment researchers at the Egyptian Initiative for Personal Rights (EIPR) are concerned about the technical measures taken in relation to coal use.

The filters currently installed are only used against cement dust. Coal needs more advanced equipment for Carbon Capture and Storage (CCS) to safely get rid of its highly polluting particles, which also pose future risks for groundwater, she said.

Besides the actions of environmental researchers, a specialised coalition called Egyptians Against Coal was formed in December 2013 that brings together many environmentalists concerned about the problem.

“We are against coal because it will increase the rate of premature deaths to 200 cases per month,” one coalition member Islam Abdel Wahab said. “It is also the largest contributor to CO2 and greenhouse gas emissions, which cause climate change. We started with the goal of spreading awareness on the harm done by coal, especially for those living near industrial facilities.”

In May, the coalition members sent a memo to the Egyptian cabinet denouncing Prime Minister Sherif Ismail’s decision on legalising coal imports. Locally, the coalition previously spread awareness through campaigns in multiple cities in the governorates of Cairo, Helwan, Alexandria, Minya, and the Red Sea.

The coalition’s work paused mid-2014 for more than a year and restarted in November. In their comeback meeting, they discussed potential ways of eliminating the use of coal.

Several targets were set to be achieved by 2017, such as spreading awareness among upcoming parliament members to take a stand against coal, writing about the issue concurrently with COP21 talks in Paris. In the long term, the coalition aims at securing agreement from officials that no more coal-fired power stations should be established in Egypt.