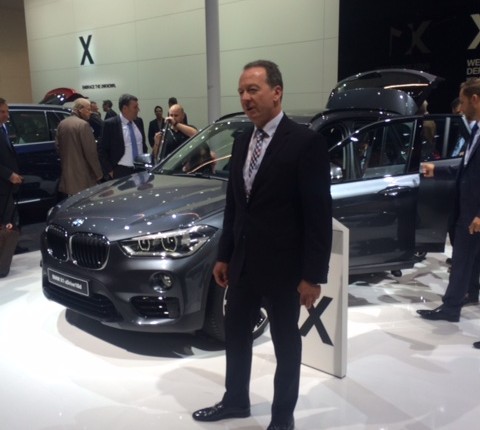 During the Frankfurt Motor Show, BMW Group revealed its brand new X1 model, which it intends to launch in markets over the upcoming period, after it had conducted full changes, whether in the exterior or interior fittings. The wheelbase and the chassis have also been fully modified, to become larger in comparison to previous models.

In an interview with Stephan Kassel, Product Manager for the BMW X Series, we take a closer look at the group’s policy for this line of cars.

What is the reason for such major changes in the X Series?

First of all, I think it is a change to the general conception of SUV cars. This is our new front
architecture, and with it we can meet all the needs of customers. This car is really suitable to all types of customers with their various needs, as it has more space in the cabin, which gives a higher seating position, more room in the second row, and much more space for luggage.

We have also included a powerful new engine with modern technology to give the spirit of adventure. The chassis is newly developed and is a special fix to this new X1.

What are the most important features of the new X1?

In driving performance, we have really direct steering conditions, with the new axel system and the equal rates between front and back. It is a really cool car to drive around corners.

Also, we offer the first four-cylinder engine with 2 or 2.5 litres capacity, and also the three-cylinder, petrol and diesel engines. This is a great average for customer needs.  We offer the smallest and most efficient engine, giving the car very smooth transmission.

Do you think these engines meet the customers’ needs, especially since competitors offer larger engines?

I believe this is an advantage for us, because smaller engines consume less fuel and have a longer life span.

What about horse power?

What is new in the gear box?

We have a new combination for the gear box; as the new engines do not need a shifting gearbox.

Volkswagen CEO apologizes for cheating on US auto emissions tests