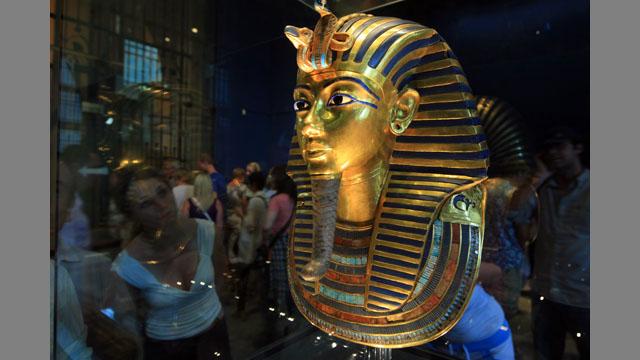 The German company Henkel, specialised in adhesives material, will take part in the restoration of Tutankhamun’s gold mask, the company announced in a press statement Wednesday.

Henkel agreed with German archaeologist Christian Eckmann, head of the Egyptian-German team, to use the company’s adhesive material after it conducted careful studies to restore the golden mask and return it to the Egyptian Museum, according to the company’s statement.

Henkel will provide the high-tech adhesive material to properly restore the chin, and will bear the cost of restoration. Henkel’s products are used in heavy-duty industries, in land, marine, and aero transportation, and applied in metals, electronics, construction, and craftsmen industries.

“Egypt amazes the world with its wonderful antiquities; everyone worldwide should visit Egypt to enjoy these rare monuments,” CEO of Henkel Egypt Ahmed Fahmy said.

Egypt’s antiquities must be preserved for the next generations, which is why Henkel promptly initiated communication with the German experts to participate in the restoration of the mask, he said. The restoration will be done using a developed adhesive material, which is characterised by its special and accurate specifications according to the unique nature of antiquities.

This comes alongside the financial support offered by Gerda Henkel Stiftung Institution in cooperation with the German Archaeological Institute in Cairo.

Henkel to invest €50m in Egyptian market in next 5 years

Ministry of Antiquities to perform radar tests on Tutankhamun’s Tomb