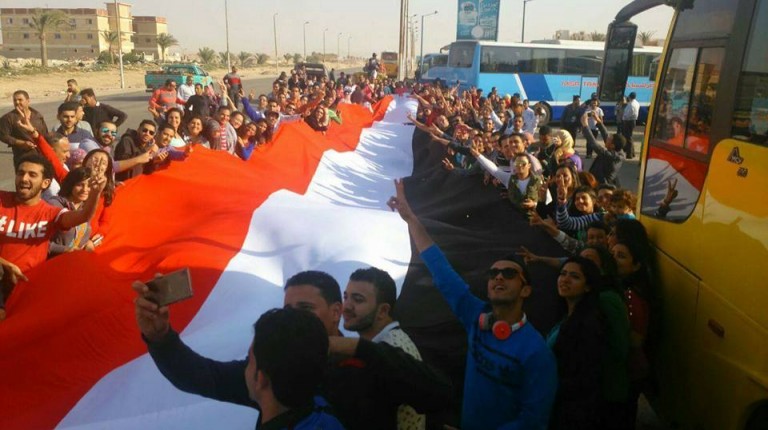 The Ministry of Youth and Sports concluded an agreement with the Egyptian Travel Agencies Association (ETAA) to use the companies’ buses in the E’raf Baladak (Know Your Country) Campaign.

According to the agreement, the cost of using a bus for a round trip to visit tourist attractions stands at EGP 4,700.

Head of the Taba and Nuweiba Investors Association Samy Soliman said the agreement is a positive step, and will stimulate youth trips to different tourist attractions. The cost of the bus includes all taxes as well as drivers’ and guides’ fees.

The Ministry of Youth and Sports aims to arrange two trips per week for youths to Sharm El-Sheikh. Though enthusiastic about the idea, Soliman said those trips should not be limited to specific areas, and that Nuweiba and Taba have also been suffering low touristic flow.

Soliman said the occupancy rates are below 3% in some hotels, and that 27 hotels have already shut down. Nuweiba and Taba have investments of over EGP 10bn, according to Soliman. He called on the state to support these investments and the jobs they provide.

Shalaby called on the state to cut the price of flights or launch tourist road trips to the city to support tourism there.

President of the Tourism Committee at the Egyptian Businessmen’s Association (EBA) Ahmed Balbaa said the high price of flights hinders the growth of domestic tourism.

Economic Consultant to the Minister of Tourism Adla Ragab said the ministry supports domestic tourism programmes to various regions in coordination with the Ministry of Civil Aviation and investors. “The Ministry of Tourism will not hesitate to provide any support to lift hotel occupancy rates and protect investments,” she said.

Ragab said Luxor and Aswan tourist packages for Egyptians have been extended to next April to stimulate tourism there.

According to Ragab, the Ministry of Tourism relies on domestic tourism in the current period to overcome the decline in tourism following the Russian plane crash.

“This will not be limited to domestic trips; the plan aims to promote Egyptian tourism abroad, especially to Luxor and Aswan,” she said.