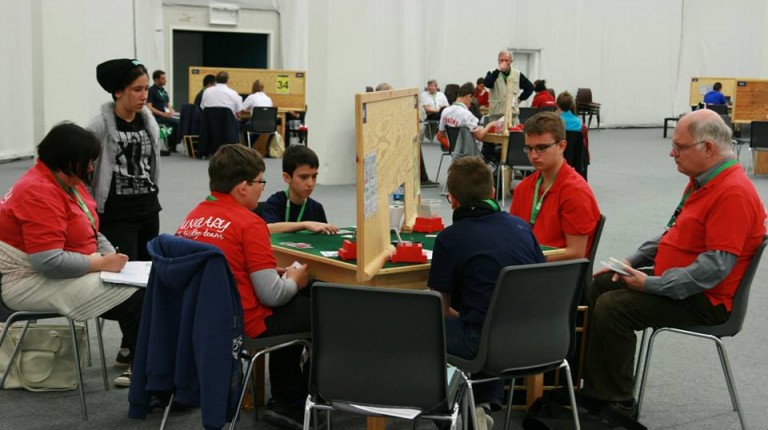 Following the Alexandria Sporting Club’s second consecutive victory in the Arab Interclub Champion’s League for Bridge, Egypt has taken on a leading position in the Arab world in the mind sport.

Egyptian teams have reaped various leading positions and titles in Arab Bridge championships that are organised on an annual basis. The Egyptian national team won the last Arab Bridge Championship, which included the teams of all Arab countries and was held in Sharm El-Sheikh in 2009.

Meanwhile, in the African Bridge Federation Zonal Championships established in 2001, Egypt has snagged six out of the total of eight championships that have been held every two years. The remaining two went to South Africa.

Accordingly on the African level, competition is high between Egypt and South Africa. While some teams from other countries, including Tunisia and Morocco, occasionally peak, South Africa has proven to be Egypt’s most competent opponent.

On an international level, Egypt’s ranking varies between eleventh and the thirteenth, often led by the US and European teams.

“Unfortunately the status of the bridge in the US and Europe is much better than it is here in Egypt,” Egyptian Bridge Federation’s Administrative Manager Waleed Menyawi said. “They have better players; this mind sport is better funded and supported there; they organise many championships to train their bridge players.”

“Keep in mind that this sport is very appreciated socially unlike here in Egypt. What we try to do is to beat the Arab, African, Asian, and Latin American teams to acquire a good place in the international championships and the Olympic Games,” he said.

Another issue against the development of bridge in Egypt, Menyawi expressed to Daily News Egypt that junior players are usually under 20, or at time even under 25. The problem is that the game for juniors abroad begins at earlier ages, while junior players also afford the opportunity to study bridge at school. Abroad, summer camps and championships are organised annually to graduate professional junior bridge players.

Despite these difficulties, Egypt’s junior team participates in international championships, usually taking tenth or eleventh place. Among the best results for Egypt’s junior’s team was in the Thai capital of Bangkok in 2006, where it won eighth place in the World Junior Teams Championship.

Menyawi said the Egyptian Bridge Federation is taking a good care of Egypt’s junior team and preparing it for the 2016 World Youth Teams Championships in the Italian city of Salsomaggiore. This championship is very important since it will be held shortly before the Olympic Games.

Furthermore in 2005, Egypt won fifth place in the World Bridge Championship held in the Portuguese city of Estoril, coming close to qualifying for the semi-finals. In 2008 in the Chinese capital in Beijing, Egypt’s team qualified to the semi-finals in the Mind Sports Olympiad, which was the first Olympiad held for mind sports.

The Egyptian team lost by one point to the British team and Poland took first place, leaving Egypt in fourth place. In 2007, Egypt’s female team acquired fifth place in the World Team Championship held in Shanghai.

Bridge: More than a card game