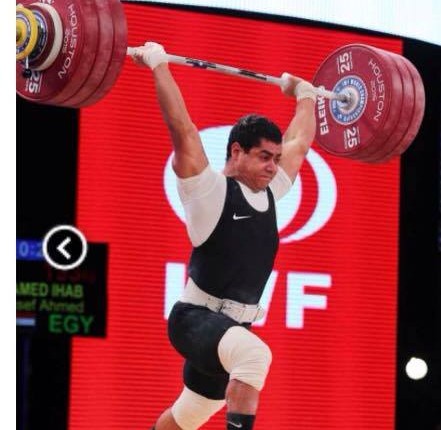 Egyptian weightlifter Mohamed Ihab took the silver medal in the Clean and Jerk 77 kg category at the World Weightlifting Championships 2015 held in Houston, Texas in the US on Friday, after the original silver medalist was suspended.

Ihab aslo won a bronze medal for the total 363 kg category, thereby setting the national, African, and Arab records for the Clean and Jerk, Snatch, and the total categories.

The silver medal for the Clean and Jerk 77 kg had originally gone to Azeri Elkhan Aligulizada, but he was suspended from the championship because he “tested positive for the banned anabolic substance nandrolone”. Thus, the silver medal went to Ihab, after he had originally landed the bronze.

The 2015 and 2014 World Weightlifting Championships both took place in Kazakhstan’s largest city Almaty; they mark the first stage for the 2016 Olympic Games’ qualification process.

Weightlifter Mohamed Helal: a story to be carried through generations