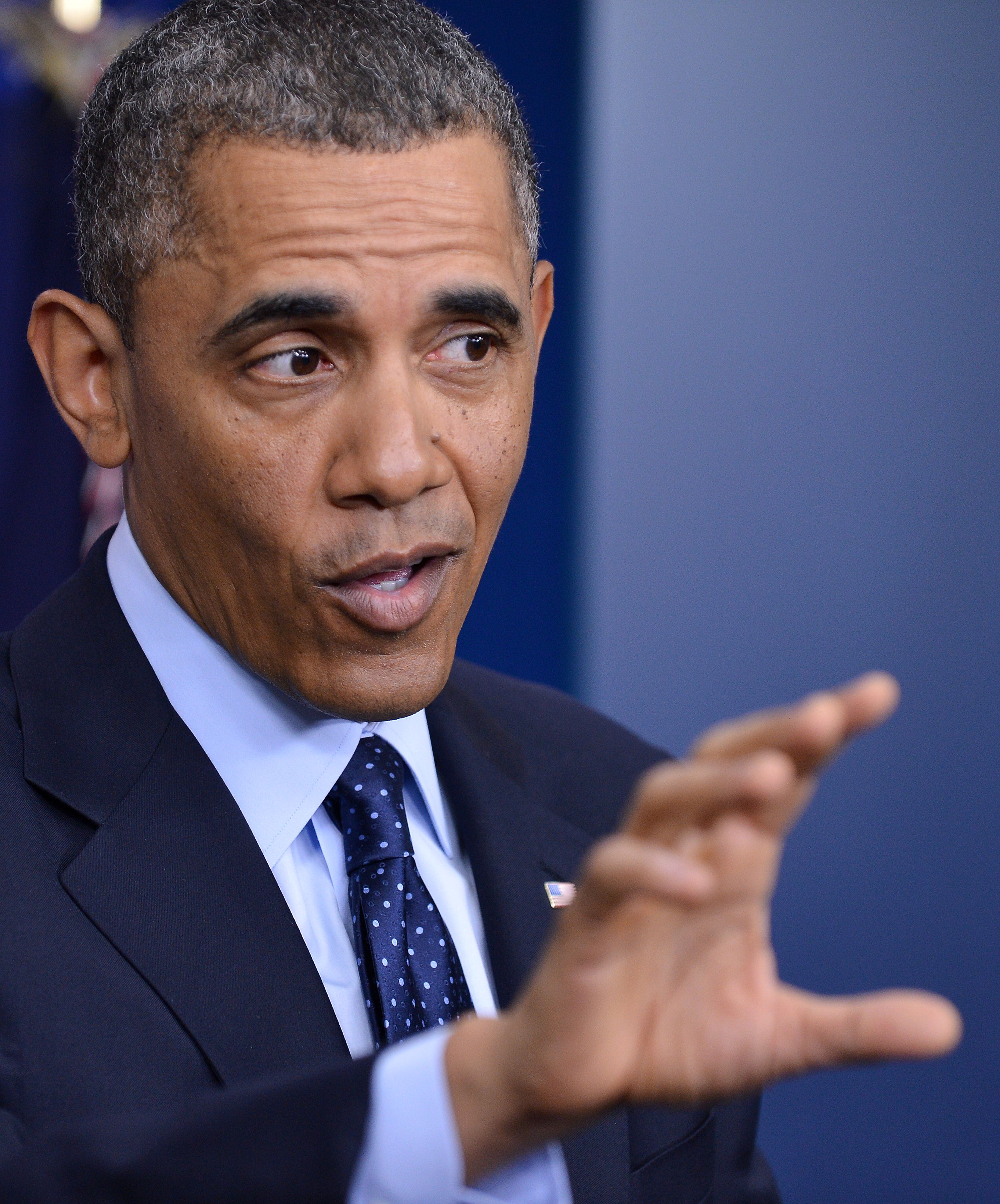 US President Barack Obama responded Friday to criticism about his foreign policy, rejecting Republican presidential candidates’ claims that he threatened US security by promoting regime change in the Middle East.

He was asked to respond to various Republican presidential candidates who claimed the regime changes in places like Libya and Iraq were a mistake.

“We did not trigger the Arab Spring,” Obama said in a press conference, defending his policy in Egypt, Libya, and Syria during the uprisings that began in 2010.

Obama assured that it was not the US that ousted former Egyptian president Hosni Mubarak but rather “millions of Egyptians did because of their dissatisfaction with the corruption and authoritarianism of the regime”.

He believes that at one point, the choice was “mowing down millions of people or trying to find some transition” and his administration believed “it was more sensible for us to find a peaceful transition to the Egyptian situation”.

Obama said he still believes that was the correct choice. Regarding Libya, he said the decision to intervene was to prevent massacres.

The United Nations approved action by the US and other nations in Libya in March 2011, when the late president Muammar Gaddafi had appeared ready to commit mass murder in Benghazi, where the rebellion against him began.

“Those who now argue in retrospect we should have left Qaddafi in there seem to forget that he had already lost legitimacy and control of his country and we could have, instead of what we have in Libya now, we could have had another Syria in Libya,” Obama said.

Obama said his  response to the Arab Spring reflected American values and pragmatism. He said Syrian President Bashar Al-Assad’s continued rule would prolong Syria’s bloody civil war because the majority of Syrians have lost faith in his leadership.

US Secretary of State John Kerry is leading the negotiations to decide Al-Assad’s future. Obama said Friday that Kerry would be able to convince Russia and Iran, Al-Assad’s other chief ally, to change their mind about his future.

Obama was previously criticised by several Republican candidates over his treatment of the Syrian civil war.