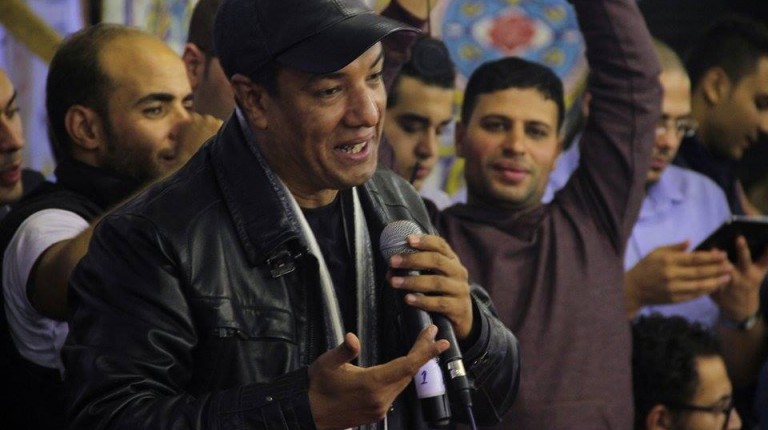 A school official in Ismailia was dismissed Saturday for inviting renowned poet Hisham Al-Gakh for a school event.

The Arab Network for Human Rights Information (ANHRI) denounced the decision in an official statement on Sunday and called for reinstating him, saying he “did not commit any crime”.

The Ministry of Education’s deputy director for Ismailia, Sorour Ibrahim, claimed Al-Gakh’s poetry distorts the image of the Egyptian army, according to ANHRI.

“The limiting of freedoms is reaching alarming levels, not only for artists but also targeting journalists,” ANHRI said.

The official was dismissed without investigations or the opportunity to defend himself, and solely for his oppositional stance against the current political environment, the statement added.

Al-Gakh is credited for helped revive the largely forgotten art form of poetry. He was honoured in Istanbul for his poem entitled “An Honest View of Liberation Square”, dedicated to the Arab Spring.

Further, in early December award-winning novelist Alaa Al-Aswany’s monthly seminar in Alexandria was banned by security forces due to objections over its content.

The seminar, entitled “Conspiracy theory: between reality and illusions”, was supposed to be held on 10 December at the Jesuit Cultural Center in Alexandria.