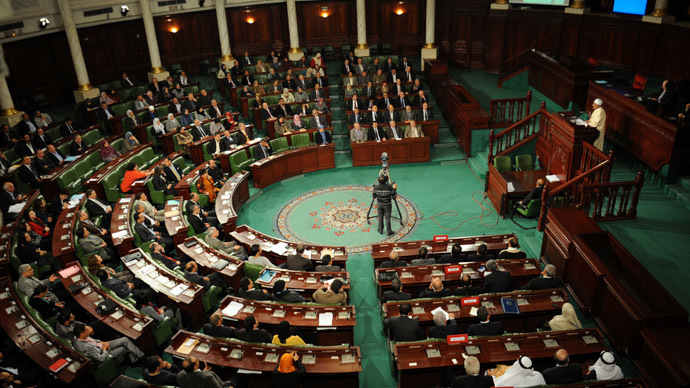 The Association of Freedom of Thought and Expression (AFTE) filed a lawsuit on Saturday to the Administrative Court, demanding the broadcasting of parliamentary sessions, according to a statement from the association.

AFTE filed the lawsuit against the president, the Minister of Legal and Parliamentary Affairs, and the Secretary General of the House of Representatives, calling to broadcast the parliament’s general sessions, and to create a website to publish and archive all the sessions’ content.

In the third statement, Minister of Parliamentary Affairs Mohamed Al-Awadi said the MPs are in charge of broadcasting the sessions, after Secretary General of House of Representatives Ahmed Saad Al-Deen received an offer last week from a TV channel seeking to obtain the right to exclusively air all parliamentary session for $100m.

Hassan Al-Azhary, a lawyer at AFTE, told Daily News Egypt this contradicts the constitutional stipulations over parliamentary work, as stated in Article 101.

AFTE stated that broadcasting the sessions will raise legal awareness, create compliance with laws, allow stakeholders to respond and comment to parliamentary discussions, prevent rumours about parliament sessions, and most importantly allow citizens to hear the MPs’ discussions regarding their affairs in their country.

The lawsuit also highlighted that citizens in any country have the right to access the information in the possession of the public authorities.