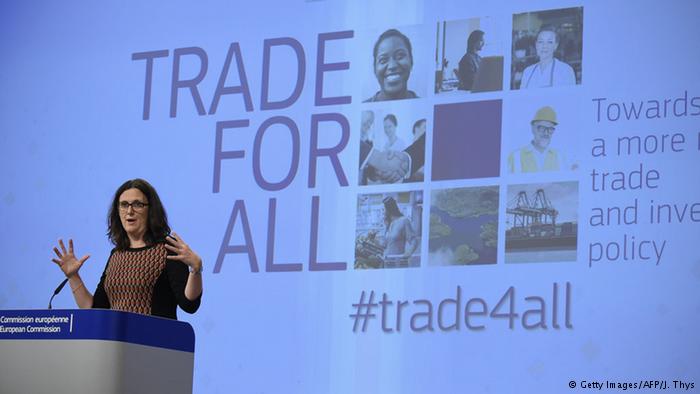 “We were quite close in finding some of the practical solutions and I think had there been a will, we would have been able to do that,” said EU Trade Commissioner Cecilia Malmstrom, after meeting with Russian Economic Development Minister Alexei Ulyukayev and Ukrainian Foreign Minister Pavlo Klimkin in Brussels.

“However, today there was not enough flexibility from the Russian side to do that,” she added. “There was no agreement, so this exercise is now over.”

The trade pact is part of a wider EU-Ukraine association agreement which sparked the overthrow of the pro-Moscow government in Kiev in early 2014. The deal will give Ukraine tariff-free access to the EU’s common market and is expected to revitalize the nation’s stuttering economy.

But Moscow claims the pact could negatively affect Russia’s economy; for instance, by flooding EU products into one of its key markets.

In an effort to address Moscow’s concerns, Kiev and Brussels had agreed to delay the free trade agreement by a year and hold more than 20 rounds of three-ways talks.

Malmstroem said the 28-nation EU had “been very open to listening to concerns from Russia,” even if some of them “were not very real” and, if accepted, would have scuppered the free trade accord.

However, Russian Prime Minister Dmitry Medvedev said in Moscow earlier: “Neither Ukraine nor the European Union are ready to sign a legally binding agreement which would take into account Russia’s interests.”

The failure to reach an agreement comes a week after Russia scrapped its own free trade deal with Ukraine.

Russian officials have argued that their trade measures, including a ban on Ukrainian food exports, are not linked to the EU-Ukraine free trade deal.

But Commissioner Malmstrom said the Russian move went against the spirit of the three-way talks and of a peace deal agreed for eastern Ukraine. She noted that the impact of the sanctions, while painful, will be limited since trade between Ukraine and Russia had already declined considerably.