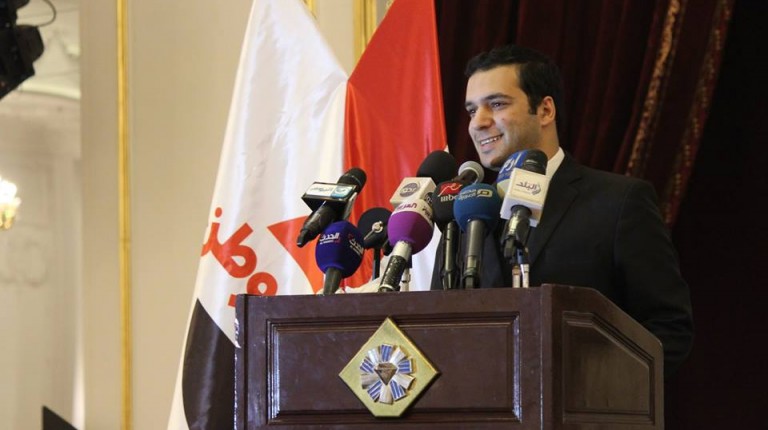 The Future of a Nation Party (FNP) announced its withdrawal from a parliamentary coalition formed by Sameh Seif El-Yazal, known as ‘Egypt’s Support’ coalition.

“We will endorse the president of the country and work towards the well-being of citizens, away from the coalition,” FNP president Mohamed Badran said in a Sunday celebration of the party’s parliamentary victory.

Badran described Seif El-Yazal’s coalition as “seeking to divide the parliament like a cake”, once again reaffirming the party’s strong support for President Abdel Fattah Al-Sisi.

‘Egypt’s Support’ coalition  has raised controversy since its inception earlier this week, as tensions between political parties and members of the coalition increased after the signing of the coalition’s declaration.

Further, the coalition’s initial name, the ‘State Supporting coalition’, was the source of tension, along with an article of the declaration that called on members to drop their party affiliations.

Ahmed Abu Hashima, a business magnate funding the party said he had not interfere with the decision, adding that he would have preferred prior notification from the party. “I think they were a little hasty with the withdrawal,” he told Al-Qahera Al-Youm channel Sunday.

The FNP won 53 seats in the parliament, both through individual-system elections and also by joining Seif El-Yazal’s ‘For the Love of Egypt’ electoral list.

El-Yazal has now lost two of its primary allies from among the political parties, as the FNP follows the Free Egyptians Party in terms of parliamentary seats for parties.

Topics: For the Love of Egypt Future of a Nation Mohamed Badran parliamentary elections political parties