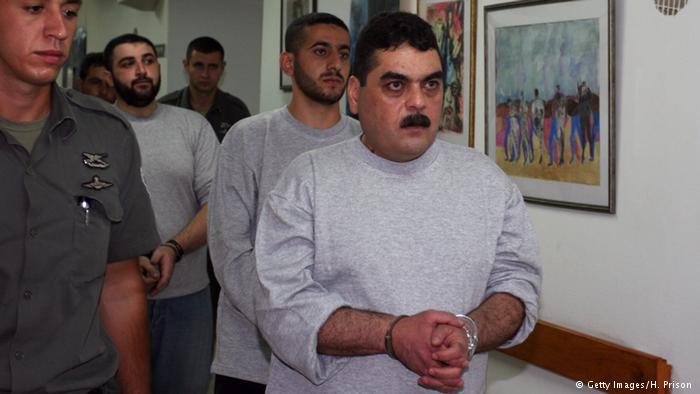 Many in Israel felt justice had finally been done when Hezbollah announced one of its top officials, Samir Kantar, was killed in an alleged Israeli airstrike on a Damascus suburb. Israel hasn’t confirmed involvement.
An Israeli cabinet minister welcomed the killing of Kantar, but would not comment on whether or not Israel was responsible for the strike.

Hezbollah’s Manar TV reported on Sunday that Israeli warplanes had violated Syrian airspace and fired four long-range missiles at a residential building in the Damascus suburb of Jaramana, a bastion of government support and home of many of Syria’s Druze minority as well as Christians. Between six and eight people were reportedly killed in the attack, among them Kantar himself and several Hezbollah field commanders.

“Although it’s tempting to see the assassination as an act of revenge, the cost-benefit ratio of such an operation is too delicate for vengeance,” says Amir Oren, a senior analyst at the Israeli newspaper Haaretz.

“The attack could have gone wrong, the targets could have evaded it and the possible response could have been too harsh. So the only decisive argument in favor of such a strike must be a prevention of a current or future activity, which Kantar and his fellows were in the midst of,” Oren adds.

Kantar spent almost 30 years in an Israeli prison for carrying out one of the most notorious attacks in the country’s history. In 1979, together with three other Lebanese, he killed a policeman and then kidnapped a man and his 4-year-old daughter and killed them outside of their home.

Kantar, who was 16 at the time, was accused of beating the girl to death by bashing her head with a rifle butt. He denies this deed, claiming that the girl was killed in the crossfire. The girl’s mother, who was hiding inside their home, accidentally smothered her 2-year-old daughter to death, fearing that Kantar might find them.

According to Israeli intelligence, Kantar had not only gone back to terrorism after his release, but was also taking a leading role in a Druze terror cell operating from Syria.

It is believed that he was personally responsible for several attacks and attempted attacks including the placing of explosive devices and rocket firing – at the beginning as part of Hezbollah, but later on for the Iranian Revolutionary Guards.

His killing follows a similar pattern to others allegedly carried out – but not officially claimed – by Israel. Israel has often been criticized by the international community for what’s been described as a policy of targeted killings, with critics saying it amounts to the country executing criminals without a trial. Israeli military analysts state that there is no official policy of killing terrorists or suspected terrorists in a systematic manner.

“It’s important to stress that Israel has not confirmed it is behind the attacks, but of course it keeps track of its former prisoners,” Amos Harel, an Israeli media expert on military and defense issues, told DW. “Kantar’s case, however, is also a very distinct one, as he was involved in terrorism with certainty.”

Unlike many reports in Israeli and foreign media, which tied Kantar to Hezbollah, Harel says Kantar was not so much connected to them in the past few months. Instead, Harel says, Kantar was more closely aligned with Iran.

“Kantar was operated by the Iranians and so the ball in now in their hands. It’s not Nasrallah (Hezbollah leader Sayyed Hassan Nasrallah) who has to think about if and how to react, but the Iranians.”

Kantar was freed from an Israeli prison in 2008 as part of a prisoner swap, in exchange for the bodies of two Israeli soldiers who had been captured by Hezbollah in 2006.

Their capture is commonly referred to as the event that triggered the Second Lebanon War, in which more than 150 Israeli citizens and soldiers were killed, and more than 350 Lebanese.

Prisoner swaps usually stir intense debates among the Israeli public, as the common assumption is that former prisoners will quickly resume their wrongdoings after their release. In the past, several bereaved Israeli families have publicly expressed their resentment toward prisoners exchange deals, claiming that they would only lead to more bloodshed.

It was this argument, among others, that persuaded decision makers in Israel not to release Kantar in a 2004 deal between Israel and Hezbollah.

In that deal, 30 Lebanese and Arab prisoners, 400 Palestinian prisoners, a German national and the remains of 59 Lebanese militants and civilians were transferred to Hezbollah, in exchange for reserve IDF colonel Elhanan Tenenbaum and the bodies of three missing Israeli soldiers, who were kidnapped by the militant group on two different occasions in October 2000.

In 2011, the kidnapped soldier Gilad Shalit was returned to Israel from Gaza after being held captive by Hamas for more than five years.

In exchange, Israel released 1,027 Palestinian and Israeli-Arab prisoners, a number which sparked yet another debate about the price one country has to pay for its captured soldiers, and raised the question of how Israel should treat and monitor its former prisoners.

If indeed committed by Israel, the general assumption among Israeli military analysts is that Kantar’s targeting was based on a specific and acute threat.

“The vast majority of the released detainees from the Gilad Shalit prisoner exchange – even those on which there was definite information that they are involved in terrorism in Gaza – have not been targeted or hurt,” says Harel.

“Not because people think it’s morally wrong, but for pragmatic reasons. If you start targeting every former detainee operating in Gaza, you will very soon find yourself in a violent confrontation with Hamas. Kantar in that sense is a different story.”