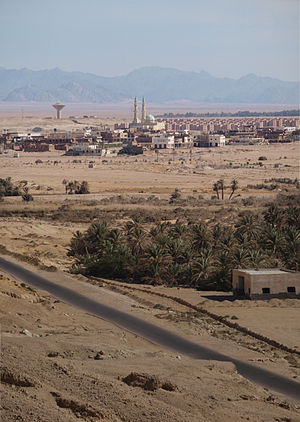 Following the decline in tourism in South Sinai and the subsequent economic losses on projected profits, members of the South Sinai Investors’ Association and the Central Bank of Egypt (CBE) continue to discuss measures to address investor’s outstanding loans and the need to interject new capital into the flagging market.

Little progress has been made following meetings last month, according to the head of the South Sinai Investor’s Association Atef Abdel Latif.

The CBE meeting with tourism investors in South Sinai was framed against the economic downturn caused by the downing of the Russian charter flight carrying 224 passengers and crew to St. Petersburg from the Red Sea resort town of Sharm El-Sheikh.

Banks have postponed payments by six months on outstanding loans; however, Abdel Latif does not think this measure is sufficient to address the severity of the situation, with EGP 53.7bn out of the EGP 625bn in total investment financing granted by banks currently in stalled repayment plans, according to the figures from the CBE.

Abdel Latif called the banks current course of action a palliative measure without addressing the need to catalyse the tourism market to ensure that investors have the funds to be able to repay their outstanding loans.

“There is a need to support the establishment of a fund to support and modernise the tourism sector with a capital investment of EGP 2bn, and lending should be with simple benefits”, said Abdel Latif.

He appealed to President Abdel Fattah Al-Sisi to intervene to rescue the tourism sector and give guidance to the banks and the government to address the sector’s development, problems, and restructuring.

Abdel Latif called for the government to expand its promotion of tourism abroad beyond the $68m it has recently invested in promotion campaigns that he fears will allow the sector to collapse. Additionally, he emphasised the government’s need to devise a funding mechanism to provide capital for tourism projects through banks to provide training on higher employment and enterprise development and maintenance.