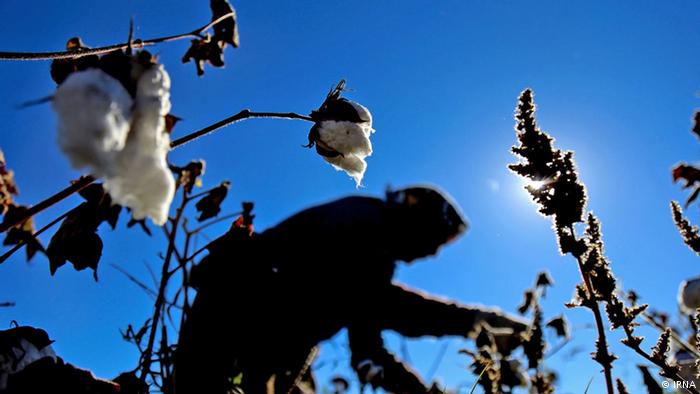 The World Trade Organization talks have produced a deal to slowly phase out government subsidies for agricultural exports. But there’s no agreement on continuing the “Doha round” of multilateral trade negotiations.
This past weekend in Nairobi, the 160 member states of the World Trade Organization (WTO) agreed to a schedule for gradually eliminating export subsidies for agricultural goods – subsidies that have harmed developing-country farmers by flooding their countries with artificially cheap foodstuffs.

The negotiations in Nairobi went into overtime by a full day, with the parties to the negotiations locked into long-standing positions that made compromise difficult.

But by the end of their talks, developed-world countries agreed to end nearly all direct export subsidies for agricultural products – with some crop-specific exceptions – effective immediately, with emerging-economy countries to follow by 2023.

The world’s 50 least-developed countries, most of them African, will be allowed to continue offering subsidies until 2030.

WTO general director Roberto Azevedo said it was the “most important” decision in the WTO’s history with regard to agriculture.

Negotiators also agreed to eliminate tariffs on about 200 information-technology goods.

“This is a good day for the multilateral trade system,” said Matthias Machnig, deputy minister of Germany’s economy ministry. “We would have wished for more [substantive progress on regulating trade], but this [Nairobi Agreement] is more than we had expected going in.”

However, with the WTO trade talks stuck for years, many countries have moved on to negotiate bilateral or multilateral trade and investment agreements outside the WTO framework, such as the TPP (Trans-Pacific Partnership) between the US and several Asia-Pacific countries, albeit excluding China, or TTIP (Transatlantic Trade and Investment Partnership) between the US and the European Union (EU).

WTO was founded in 1995, succeeding the General Agreement on Tariffs and Trade (GATT). WTO’s mission: To obtain binding “WTO Agreements,” negotiated between member nations and ratified by their legislatures, that will gradually subsume the whole world into a single regulatory regime governing trade and investment.

In other words: WTO’s aim is to make the world accessible and safe for corporations to do business, regardless of where they’re headquartered, under a single set of rules applicable everywhere. This objective is pursued on a sector-by-sector basis. The Nairobi negotiations were mostly focused on the agricultural sector.

WTO agreements are complex legal texts hashed out in lengthy horse-trading sessions involving many players, with member countries trying to secure advantages for their own industries. In theory, however, a handful of key principles inspire WTO negotiations and agreements.

The principles include low or no tariff barriers, stable investment environments, and “non-discrimination” – countries shouldn’t discriminate between foreign-made and their own domestically produced products and services in their regulations and purchasing practices.

That means the WTO is against export subsidies. It’s also against “dumping” of products in foreign markets at below their cost of production – a practice sometimes engaged in by countries to gain global market share in particular industries.

Another WTO principle is that less-developed countries should be given more time to adjust to fully free global trade, with special privileges to help domestic industries get established before they’re exposed to competition from established major corporations based in developed countries.

No Doha Round extension

But the Nairobi negotiations hit a wall on that front. India’s trade minister Nirmala Sitharaman said it was “disappointing” that the WTO had been unable to agree to a continuation of the Doha round of WTO negotiations.

The Doha Round was named after the capital city of Qatar, where WTO members in 2001 agreed on a framework statement of aims for the now ongoing round of WTO negotiations. The Doha Round framework called for the liberalisation of world trade whilst simultaneously allowing special rules, privileges and exemptions for developing countries.

Under Doha, China and India were counted as “developing countries” – and they would like to enjoy the substantial trade advantages of continuing to be classed as such. But advanced industrialized countries are reluctant to grant these two emerging economic behemoths continuing trade privileges, and so they’re unwilling to continue WTO negotiations under the Doha Round framework.

Instead, the EU and US, after 14 years of largely fruitless Doha Round negotiations, want a new framework for WTO negotiations, focused on the theme of “globalization.”

Advocates for developing-country interests were critical of the failure to agree on an extension of WTO’s Doha Round. “This is a slap in the face for millions of people in Africa,” said agriculture expert Marita Wiggerthale of Oxfam, a British NGO.

“The failure to achieve a consensus on continuing the Doha Round is the first step toward the exit from WTO’s development agenda,” said Sven Hilbig, global trade expert for Brot für die Welt (Bread for the World), a German charity focused on food security in least-developed countries.

Does the WTO still contribute to World Trade?