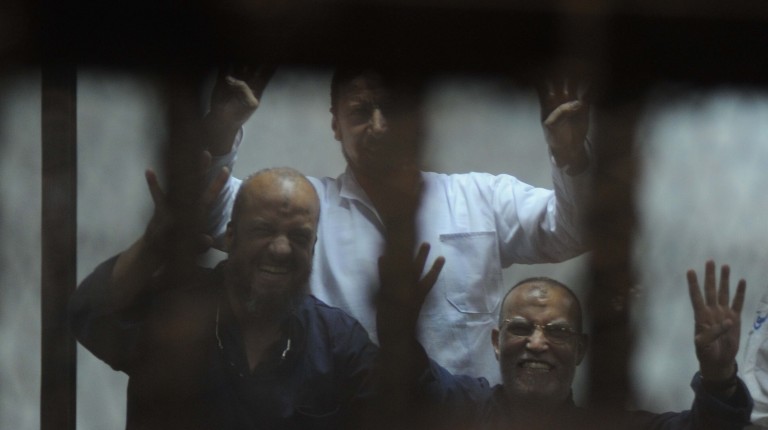 In response to calls for renewed protests on 25 January, President Abdel Fattah Al-Sisi emphasised his commitment to submit to the political mandate of the Egyptian people, in order to prevent a national security crisis, in a speech on Tuesday.

Speaking at Al-Azhar, Al-Sisi questioned the need for protests, suggesting that political dissent will be detrimental to the country.

“Why do some people call for a new revolution next 25 January? Do they want to destroy this country?” Al-Sisi asked.

“Look at other neighbouring countries; I do not want to mention names, but they have been suffering from mayhem for 30 years and cannot return to normalcy. Countries that are destroyed never go back,” he continued.

The speech was organised by the Ministry of Religious Endowments to celebrate the birth of the Prophet Mohamed, which is on Wednesday.

“I do not fear anyone but I fear for the safety of Egyptians, and you are also held accountable with me on this security for your actions, your contributions in supporting me,” Al-Sisi said.

In November, social media activists launched several campaigns on Facebook and Twitter to call for a new uprising on 25 January 2016.

One  among many of the Facebook campaigns says it is demonstrating the anger of the youth during the era of current President Abdel Fattah Al-Sisi, and calls for “overthrowing tyranny”. Several activists on Twitter joined the #BackToTahrir hash-tag to coordinate their efforts.

In previous speeches, Al-Sisi relied on appeals to the duty of the individual Egyptian in safeguarding the country from terrorism, asking for a broad political mandate to support him in his fight.  Following the famous and controversial appeal made in August 2013, at least 16,000 people were arrested amid a sweeping crackdown, according to Amnesty International.

On the occasion of the Islamic prophet’s birth last year, Al-Sisi spoke of the religious discourse in Egypt and the potential ways to moderate it.

“There is a need for a religious revolution to confront extremism,” he said at the time.

The Ministry of Religious Endowments, along with other large Sunni Muslim institutions, has met Al-Sisi’s demand and increased its efforts to monitor all mosques and preachers across Egypt.

Continuing to bring Egypt’s Islamic pluralism into a singular state-sanctioned articulation, the Ministry of Endowments, beginning in November 2014 unified Friday sermons.  In the first sermon to fall under the new censorship policies, those calling for protests from the Salafi front were labeled as “malicious”.

Activist Shaimaa Al-Sabbagh, 32, was shot after police dispersed a small demonstration of approximately two dozen people made up of members of the Socialist Popular Alliance Party (SPAP), in Talaat Harb Square, in Downtown Cairo, on 24 January 2015.

Al-Sisi to inaugurate desert reclamation project by end of December