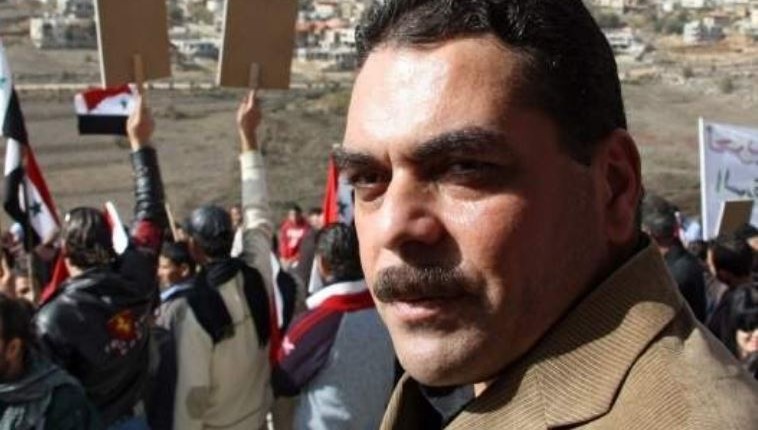 Hezbollah supporters chanted denouncements of the Israeli state on Monday as they took to Beirut’s streets to mourn the death of prominent leader Samir Qantar.

Qantar was killed, along with eight others, in an airstrike purported to have been conducted by Israel on a residential building in Jaramana, Syria, on Saturday.  Following Qantar’s funeral, Hezbollah’s Secretary General Hassan Nasrallah pledged to avenge the death in a televised address.

“We have no doubt that the Israeli enemy is the one who carried out the assassination of Samir Qantar;  its planes fired precision missiles on a residential building where he was,” said Nasrallah.

Qantar was imprisoned in Israel for a 1979 attack in Nahariya that left two Israeli policemen and a father and daughter dead, and was released as part of the exchange deal negotiated between the Lebanese group and Israeli state that saw the return of the bodies of Israeli soldiers Ehud Goldwasser and Eldad Regev to Israel in July 2008. After Qantar’s release, he was believed to be one of Hezbollah leaders.

While Hezbollah has stated its intention to retaliate, Nasrallah avoided offering any particular details as to what form this retaliation would take.

“It is our right to respond to his assassination at the time and place and fashion we deem appropriate.”

Among the eight others killed in the strike, many were of Syrian nationality, including a ground leader in the Syrian armed forces.

Nasrallah said he believed Qantar was living under threat all the time, as “the Israeli enemy doesn’t forgive or tolerate”.

Israeli Minister of Involvement, Construction, and Housing Yoav Gallant welcomed the death of Qantar, but did not confirm the state’s responsibility in the airstrike.

Gunfire was exchanged on the Israeli-Lebanese border Sunday, a day after Samir Qantar’s death.

The rocket was launched from the Lebanese city of Tyre, AFP quoted a Lebanese source as saying. Hezbollah has not claimed responsibility for the rocket attacks.