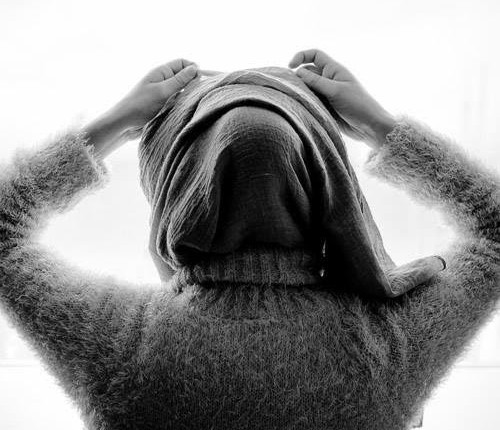 For two years, Danielle Regout woke up every month in a different country. Every day, she had a list of women who deeply inspired and intrigued her and each of them had a story that captured Regout’s attention as well as a smile that deeply attracted her lens.

The photographic book includes images of various women with short biographies that describe their relationship with the hijab. Daily News Egypt spoke to the author to learn more about her project, the current feedback and where it is set to head next.

What was your main inspiration behind this project?

Many young women who wear the hijab are cosmopolitan, self-confident, and maintain a vibrant presence on social media, like many other young people. This burgeoning online world is an opportunity for confident women to present their own individual motivations for wearing the hijab. They are the “hijabistas”, a wonderfully modern collection of hijabi women and fashionistas. The hijabistas share everything with their online community, from their day-to-day activities to fashionable tips on how to wear the hijab.

Hana Belaidi Faiz Grimaudo introduced us to this colourful world of modern Muslim women and I was so intrigued by it that I decided to document the world of the hijabista.

What was the main message you wanted to communicate?

The project is not about politics or religion. My only intention is to give 31 young Muslim women the opportunity to convey, through my photographs and short biographies, what inspires each of them as individuals to wear the hijab.

As a non-Muslim, this project opened my eyes to the hijab and its myriad meanings, its complexity, and the importance in the lives of women worldwide. I hope that my work can contribute to redressing the hijab’s stigmatised image, removing it from the polarising rhetoric of religion and politics, and letting it and the women who wear it speak for themselves.

How long did the process take, and how many women and countries were involved?

It took me just over two years to complete the whole documentary and to photograph the 31 different women. Most of the women in the photos are from the Netherlands. However, I also travelled to England, Belgium, and Canada for the photos.

How can you describe the public’s feedback so far?

So far, the public’s feedback has been amazing. The reactions are very positive and everyone is curious to hear and learn more about the women in the photographs.

Is it attracting European or Arab hype?

At first it was more of a European hype, since the exhibition opening and the launch of the book both took place here in Amsterdam. However, since then the project has also gained more attention on social media, especially on Facebook and Instagram, it has received a lot more attention from the Arab community.

Are you organising any events to celebrate the book?

The exhibition has just been taken down here in Amsterdam and at the moment I am trying to contact some galleries in London, Canada, and Paris to continue. My plan is to take the exhibition and the book global. Apart from the exhibition, I plan to organise some blogger events to introduce the book, hopefully in the Netherlands, Belgium, and the UK to start off with, and hopefully also in other countries if it takes off.

What are other countries you aim to focus on?

Right now, just the UK, Belgium, and Canada because these are the other countries the women in the book live in. Of course, after that, my main focus will be the Middle East and Northern African countries, and Asia (Indonesia and Malaysia). However, in light of the latest events, Europe will also remain a priority.

How are the current events, such as the Paris attacks, affecting the book?

I have the feeling that the current events, mainly the Paris attacks, have not affected the book or the project very directly. However, the project has gained twice as many followers on Facebook in the past two weeks. Apart from that, a few people shared it and posted some comments following the attacks, but nothing too big.

How and why did you start your career in photography?

Photography had always been a hobby but working with so many photographs every day led me to follow my passion and become a professional photographer. I enrolled in the Fotovak School in Amsterdam and in March 2015 I graduated as a documentary and autonomous photographer.

Since then my work has been exhibited at the Foto Festival Naarden and the Horizonte Zingst Festival. My latest exhibition was on 10 December; I showcased the NEW 2016 Dutch Photography Talent, and my work has also been published in a book that was launched simultaneously.

Not only does photography allow me to document and capture the world through my eyes, it also lets me experiment and challenge reality. I use the medium as an artistic outlet and an instrument to tell my stories.

Hijab fashion in Egypt: a classical wrap or a trendy “Spanish”?