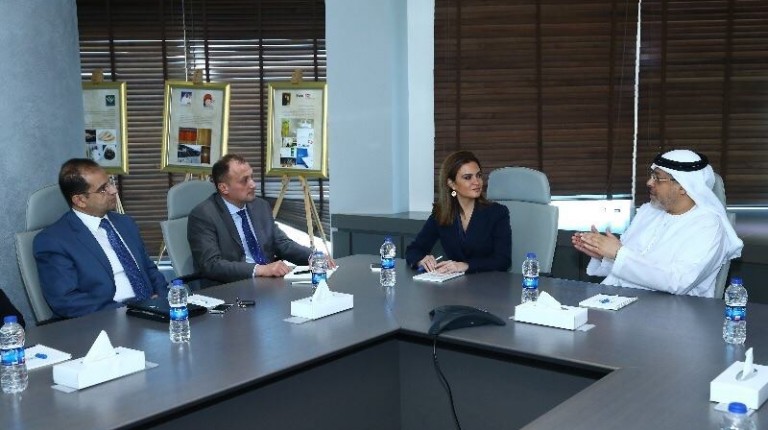 During her visit to Abu Dhabi, Minister of International Cooperation Sahar Nasr met with several Emirati officials to procure funds for development projects in Egypt.

Nasr met UAE Minister of State Sultan Al-Jaber who confirmed his country’s interest in investing in Egypt. Nasr proposed a programme to develop the Sinai Peninsula, which would cost an estimated $1.5bn.

In a response issued by the Ministry of International Cooperation Wednesday, Al-Jaber confirmed the UAE’s willingness to fund Egypt’s national projects.

Nasr also met with board chairman of the Khalifa Fund Hassan Al-Nouais, and she requested an exchange of expertise in the small and medium enterprises (SMEs) sector.

During her meeting with General Manager of the Abu Dhabi Fund for Development Mohamed Seif Al-Sweidy, Nasr discussed the fund’s participation in the commission of the Arab finance institutions that will visit Egypt on 10 January.

The UAE was among the first Gulf countries to announce its assistance to Egypt’s 30 June protests. In July 2013, it pledged a $3bn aid package to Egypt, comprised of a $1bn grant and a $2bn interest-free deposit at the CBE. The UAE also provided seven shipments of fuel worth $225m.

The UAE has also funded Egypt’s second stimulus package through $2.8bn (EGP 20bn) of financial assistance, that was signed in 2013 to finance development projects.

In November 2014, the UAE contributed to funding Ayady Company, which was founded with EGP 10bn in capital to target youth employment. Of this capital, the Egyptian state has paid EGP 2bn while the other EGP 8bn was funded by the private sector.

The support has continued in 2015, with a UAE-based firm submitting a proposal in February to develop the efficiency of seven thermal power stations in northern Egypt.

During the Egypt Economic Development Conference (EEDC), the UAE pledged an additional $4bn to Egypt in deposits and investments.