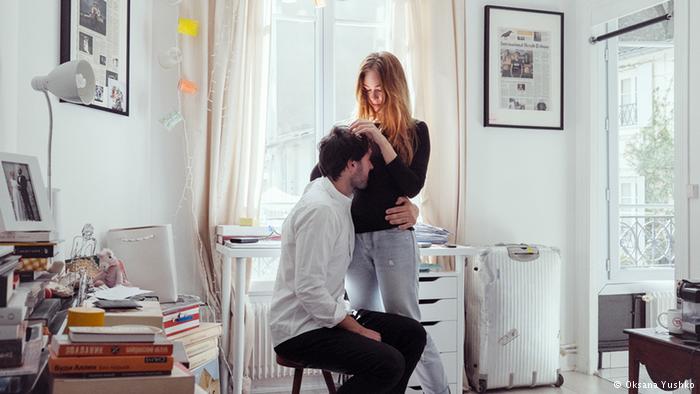 The Ukraine-Russia conflict is increasingly polarizing people of both countries. But these couples are bridging the nationality gap and growing stronger together.
“My heart was broken when I realized that many friends and families have been divided by barriers and opinions. The latest events in Crimea and in eastern Ukraine have polarized communities and shredded friendships.”

Using her own experiences and also those of her friends and family, Russian photographer Oksana Yushko started a photography series showing Ukrainian-Russian couples whose love is stronger than the conflict between the two countries.

“Propaganda from both sides has turned myths into reality in people’s minds,” she says. “My mother, born in Russia, and my father, who was born in Ukraine, are both scientists and have been together for close to five decades. I myself never believed anything divided Russians and Ukrainians. I don’t see any difference.”

Her idea was born during a visit to her parents. She took a picture of the two of them and uploaded it to Facebook: “It was my message to my friends to listen to each other and to think about what should we do for peace. Love, like art and music does not have any borders.”

Will India cease to be a surrogacy hub?

NATO exercise in the Mediterranean is largest in 13 years