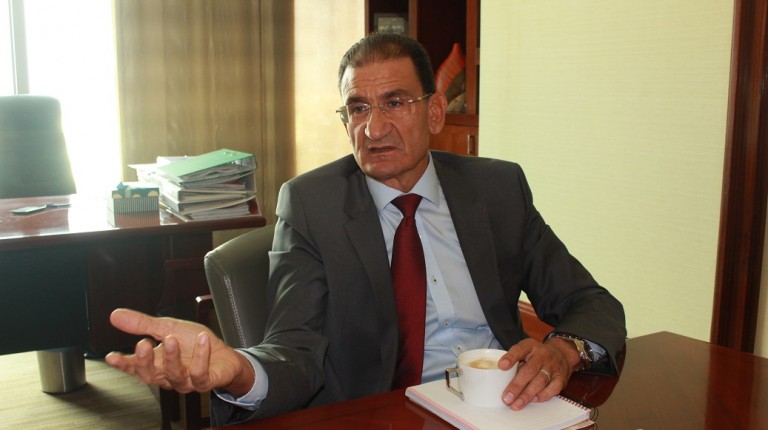 Raya Holding will focus on expanding its outsourcing services in the upcoming period, according to Chairman and CEO Medhat Khalil. It also plans to launch Aman Company for e-payments solutions during the first quarter of next year.

Raya will also direct part of its investments to the catering sector to expand in Greater Cairo and markets overseas.

Daily News Egypt spoke to Khalil about the details of Raya’s future plans.

How do you view the investment climate in the information technology sector in the current period and why?

The investment climate in the local market is discouraging, there are many challenges now. First of all, there is the bureaucracy and the legal and administrative procedures that hinder the speed of implementing contracts and agreements.

The dollar shortage is also challenging investment in Egypt, whereby the decisions taken by the Central Bank of Egypt (CBE) to limit deposits have stimulated the black market and increased commodity prices, since it is more expensive to import.

The ICT sector has lost many experts who left to the Arabian and Gulf market and the European market, especially to Germany. This causes their companies and the market to incur indirect losses, since companies cannot afford their training expenses just to have the trainees leave without making profit for the company.

How were you affected by the dollar shortage?

We have not been affected yet, but we have resorted to gaining dollars from unofficial channels to continue operating. However, the real impact affected customers since we were forced to increase the price of products and services in the domestic market.

Why do experts and skilled labour flee to overseas markets?

Was the public sector affected by this?

Yes, it was. The maximum wage law does not suit experts in the IT sector. Experts cannot receive salaries of only EGP 42,000 as a maximum in the public sector. Overseas, the same people can be making hundreds of thousands of pounds monthly. Government agencies have been discharged of their experts, which will show its effect in the upcoming period.

What is the solution to curb this then?

The maximum wage law must be suspended to keep experts interested in working for the government. This will raise the efficiency of the government and contribute to the success of projects.

The Ministry of Communications launched a number of projects in partnership with the private sector. Are you participating in any of them?

We do not intend to participate in projects in partnership with the public sector in the current period. We have already taken sound steps for that. We left the local alliance, Integrated Systems, since we decided not to contribute with the government in any projects until further notice.

Why will you not contribute?

The government owns us EGP 5m as our fee to implement the Nile University’s smart building in 2010. I have obtained a final court ruling obligating the government to pay me, but I have not received anything yet. How then can we contribute with the government in hundreds of millions worth of projects if we cannot get our fees of EGP 5m even after resorting to the judiciary.

What is the company’s strategic plan in the upcoming period?

We aim to focus on investing in outsourcing services to establish new contact centres. We have already inaugurated an outsourcing centre in Dubai with a capacity of 150 seats, but we will increase it to 500 seats during 2016-2017.

We will also inaugurate another centre in Poland very soon, which has a capacity of 150 seats, subjected to be increased to 500. There will be a third one in Hurghada, which will rely on youths from Upper Egypt.

Why did you choose Hurghada?

Because of the decent infrastructure there, and its proximity Upper Egypt’s universities. The city is also full of bilinguals, whom we can use.

We have completed all the initial work for the centre, which will provide over 2,000 job opportunities for Egyptian youths.

What about your plans to participate in the Suez Canal Area Development Project?

We have plans to invest in the area. We obtained 200,000 sqm of land north-west of the Suez Gulf from the main development company to invest there.

We will use an area of 100,000 sqm to set up a storage and logistics services centre and the remaining 100,000 sqm land will be used to implement an industrial zone, since the company plans to shift towards manufacturing.

You recently exited Fawry. What is your plan for the exit revenue?

Raya has huge expertise in electronic payment, being the main founder of E-Finance, which was later sold to the government, as well as being the founder of Fawry.

Our revenues from exiting Fawry amounted to EGP 174.2m. We will launch a new company for e-payments named Aman in the first quarter of next year.

We also have plans to pump new investments in the restaurant industry through Raya Restaurants. We aim to expand locally by building a number of new branches in Maadi, New Cairo, and Heliopolis, while also focusing on overseas expansion.

We currently own a European restaurant chain named Ovio and a Spanish Arabic restaurant named Cachimba.

What share does the Egyptian market make up from the size of your business?

It is 80% for the local market and 20% for foreign markets. In the upcoming phase, we will work on being present more in new markets, on the Arabic, African, and European levels.

We will also focus on expanding IT in the Gulf market, as well as call centre services in the European markets. Moreover, we will enhance distribution and maintenance services in the African market.

We aim to increase the share of our annual shares from external markets to 30% by 2017.

Did you begin to take serious steps towards expanding abroad?

Besides our two outsourcing centres in Poland and the UAE, we have founded “Raya East Africa” in Dar es Salaam in Tanzania to fulfil the growing needs for technological solutions offered to the Eastern Africa market.

Being present in Africa will support Raya’s plan to expand in a number of growing and promising markets that will witness drastic changes in both the fields of IT and infrastructure over the next 10 years. We have a number of projects in the African market and they are being implemented at the moment.

What about the company’s financial performance?

In October, the company listed shares to increase its capital from EGP 420.5m to EGP 504.6m, an increase of EGP 84.1m distributed over 16.8m shares with nominal value of EGP 5 per share.

We want to create a society without banknotes: Aman CEO