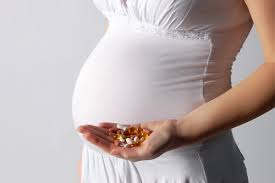 As with any other disease, epilepsy can occur in pregnant women, causing concerns among many of them over the possible effect of the illness on the infant. These concerns include questions over the possibility of delivering disabled infants, experiencing difficulty in delivery, or passing the illness on genetically.

However, scientists, professors, and general guidelines confirm that most epileptic women deliver healthy infants. According to the guidelines of the US Academy of Neurology, taking antiepileptic drugs (AEDs) during pregnancy does not increase the risk of a difficult pregnancy. The guidelines stated that there is no scientific evidence that links taking AEDs during pregnancy with an increased risk of late-pregnancy bleeding.

According the guidelines, it is highly recommend that all epileptic women who are planning for pregnancy take folic acid (vitamin B9) regularly to reduce the risk of any defects in the embryos.

The guidelines also recommend that pregnant epileptic women avoid smoking at all, since evidence indicates that women who smoke during pregnancy may increase the risks of early contractions, labour, and delivery, even if they are not taking AEDs during pregnancy.

According to Medscape medical website, pre-conception management of women with epilepsy includes the following:

According to the website, the management of epilepsy during pregnancy includes:

The guidelines stated it is important for epileptic women to consult their doctors when deciding to remain on AEDs during pregnancy. Women should be informed that some AEDs are safer than others. Stopping AEDs before or during pregnancy is not the best option for women with epilepsy.

For pregnant women who take one brand of AED, switching to another brand may cause other health problems. The guidelines recommend that consulting a doctor is the best way to avoid any harm or complications. The guidelines further assure that pregnancy in epileptic women is relatively safe for both the mother and child.

Hepatitis – the facts from A to E