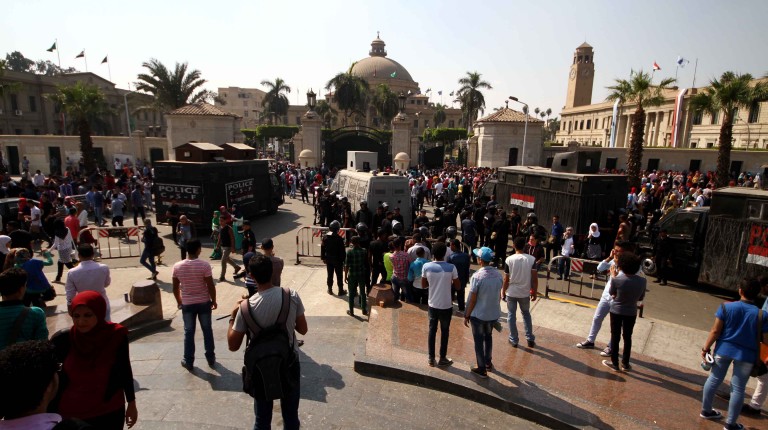 The General Federation of Egypt’s Student Unions set Thursday as the final deadline for university administrations to ratify elections results, in a statement on Wednesday.

The joint statement, signed by student unions across 24 universities, denounced the delay in ratification of elections results for more than a two weeks.

“For more than two years we have been suffering from a lack of student representation, distorted values, inappropriate affiliations, but here we are again taking our last chance to determine the seats of Egypt’s Student Unions, despite all the turbulence,” the federation said.

They added: “We believe the only way to gain respect is through respecting state laws, and we have gathered once again to revive the student movement, yet external powers are trying to distort our experiment.”

The Ministry of Higher Education claims the delay comes from the committee supervising the elections, as they are still examining appeals they received on violations during the electoral process.

According to Association of Freedom of Though and Expression’s (AFTE) student observatory, the actual reasons for delay are very different. “It is the election result itself that is causing a delay, as many dissidents took over the union’s most crucial seats,” AFTE said in an official statement.

Moreover, the list supported by Future of a Nation Party and endorsed by leaders in the Ministry of Higher Education, failed to gain any seats, according to AFTE’s statement.

Over the past two years, in the wake of the banning of the Muslim Brotherhood, universities witnessed major upheavals from students in different faculties who organised protests in support of the Brotherhood.

Protests often ended with violent dispersals and several injuries among both students and security forces, in addition to random arrests and suspensions that followed.