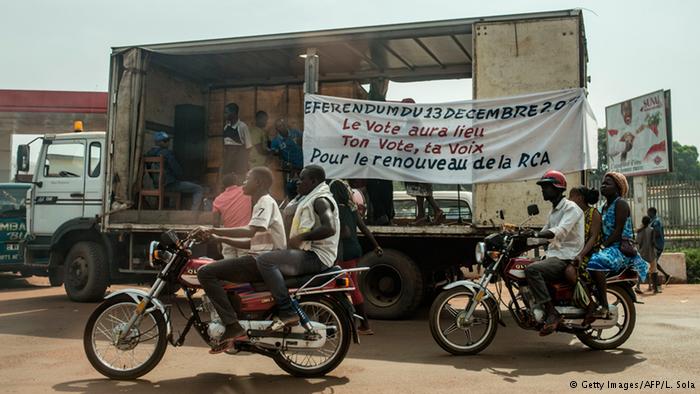 The Central African Republic’s interim government has postponed its planned elections for three days citing administrative delays.
The national parliamentary and presidential elections, originally planned for December 27, are now slated to take place on December 30. Central African Republic’s (CAR) National Election Authority (NEA) said that organizational problems, including a delay in the delivery of election material, were the reason for the delay.

“We need to do this with proper material in order to avoid fraud. The delay is necessary if we want to have good results,” Prime Minster Mahamat Kamoun told Reuters.

Two million voters are eligible to take part in the upcoming election out of the country’s total population of 4.8 million.

A list of 30 presidential candidates has been approved for the ballot with former Prime Minister Martin Ziguele, a Christian and former minister Karim Meckasousa, a Muslim, among the front runners.

The country has been experiencing inter-religious violence since March 2013, when Muslim Seleka rebels overthrew Francois Bozize, a Christian, and installed Michel Djotodia as the country’s leader.

Since January 2014 CAR has been ruled by an interim government, led by Catherine Samba-Panza. The former mayor of Bangui was tasked with restoring peace and reviving the country’s fractured administration.

Five people were killed and 20 others injured in an attack in the flashpoint Muslim-majority PK-5 district of Bangui during the December 13-14 constitutional referendum. 93 percent voted in favor.

“I would not characterise it as a setback,” said UN spokesman Stephane Dujarric. About 11,000 UN peacekeepers are in CAR to monitor the elections and to help keep the peace.

“Given the very delicate security situation in the country it is important that the elections take place in the best possible way,” said Dujarric.

Pope Francis visited the country in November and called for an end to sectarian violence between Christians and Muslims.