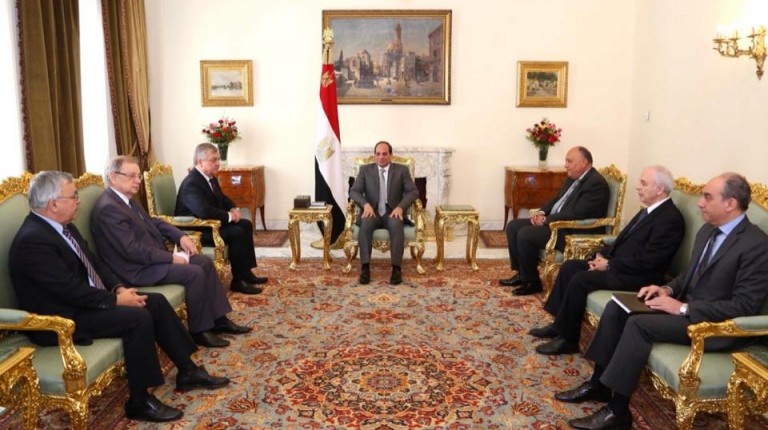 It is important for Egypt to push efforts to find a solution to the Syrian crisis and enforce stability there, Lavrentiev said.

Russia is keen on consulting with Egypt regarding regional challenges, according to a statement released by the presidency.

Al-Sisi pointed to the importance of the continuing communication between Egypt and Russia to reach a permanent solution for Syria that will keep the state’s national institutions.

He praised the UN resolution setting a roadmap for peace in Syria, and said Egypt is keen to support any international effort aiming to put an end to the crisis and ensuring participation of all the moderate sides in the negotiation process.

He called for putting an end to the deteriorating humanitarian conditions in Syria and securing the delivery of aids.

Both sides discussed international and the regional efforts to fight “Islamic State” (IS), and highlighted the importance of cutting off its funding and arms sourcing.