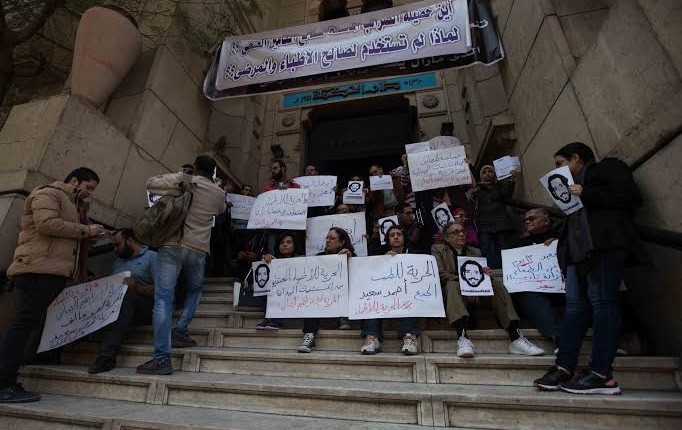 A group of political activists stood in solidarity with detained doctors at the latter’s syndicate on Saturday. Many doctors have been arrested during field assistance for injuries in clashes over the past two years including Ibrahim Al-Yamani who was detained in August 2013 from a field hospital and went on a hunger strike for about 150 days in 2014. 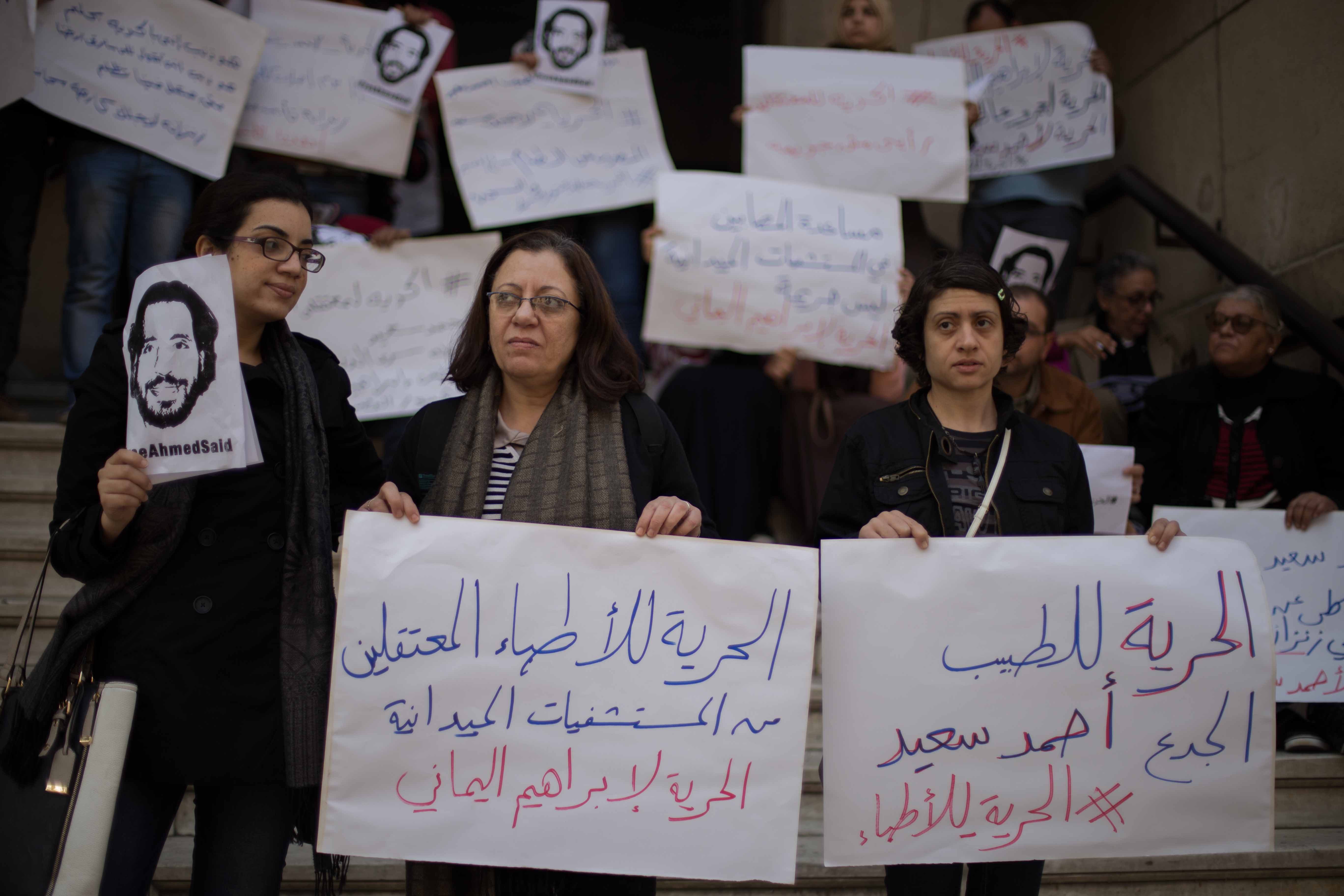 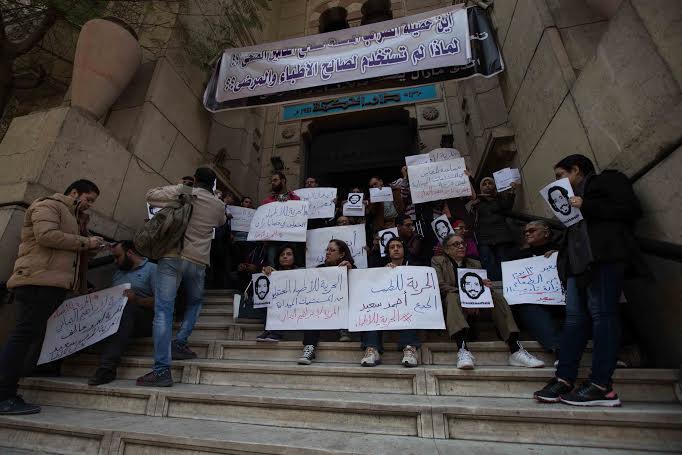 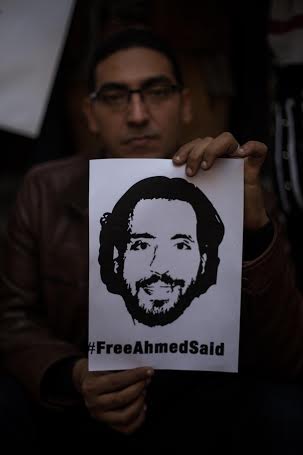 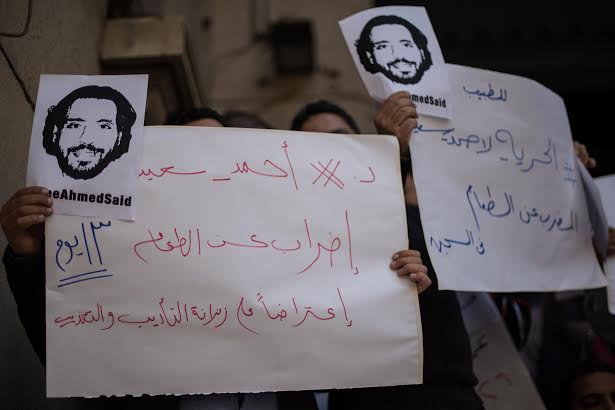