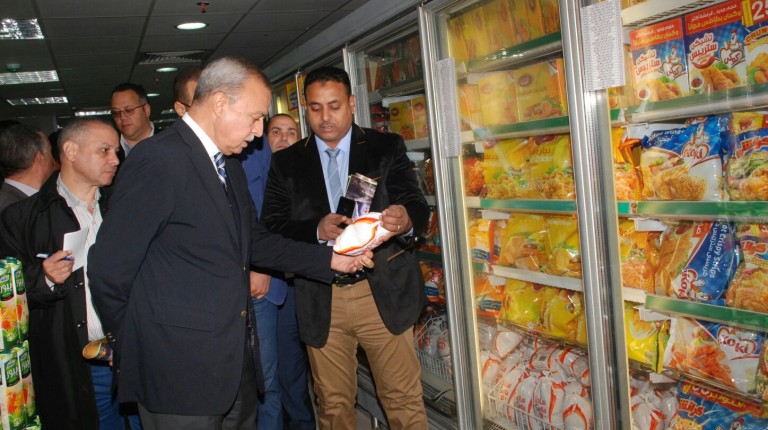 Kheir Zaman Qena is the supermarket chain’s 39th store, and is situated in a unique geographic location in the city’s most populous area. The 800 square metre store is located on Dandarah Bridge Street, in front of the General Hospital.

It includes a large amount of diverse commodities and products, including groceries, meat, fresh and frozen vegetables, desserts, and beverage sections. The store also includes a home care section and a personal and skin care division. Each section has a wide array of items that suit the needs of a diverse range of customers.

Kheir Zaman in owned by Mansour Group.  This opening comes in line with the group’s policy that aims to open stores in new markets that are targeted for further development in accordance with Egypt’s comprehensive development plan, and the presidential plan to control prices and provide products at reasonable prices reiterated by President Abdel Fattah Al-Sisi on 16 December at the Presidential Palace in the presence of the Minister of Supply and Internal Trade.

During the meeting, Kheir Zaman’s affiliate, Metro Market for Trading and Distribution Company, was mentioned many times, reflecting the importance of its role in managing the ongoing rise in commodity prices, particularly through the Kheir Zaman supermarket chain.

Kheir Zaman is at the forefront of these efforts, as it has provided its customers with price discounts without compromising quality since its inception. Kheir Zaman is the premium discount chain in Egypt.

Promotions are continuously offered at Kheir Zaman stores, aligning with President Al-Sisi’s aim of achieving an actual reduction of prices and full control of the market system.

At the opening, the governor was accompanied by a number of important community representatives from Qena. Qena’s populace welcomed the new branch, especially as it is the first branch of a major supermarket chain that will serve to control market prices in the city, which suffers from price gouging as a result of high transport costs.

In the past, there have been wide discrepancies in the prices of commodities in Qena. By following the discount and unified price policy nationwide, Kheir Zaman will help citizens of Qena to overcome this problem.