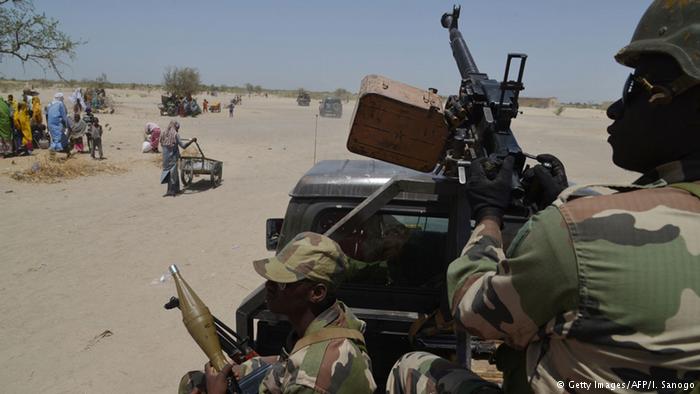 Nigeria’s new President Muhammadu Buhari promised to stamp out Boko Haram by the end of December. Will he manage to keep his word?
Early 1984: There could hardly have been a bigger PR triumph for the new president. Islamists had taken control of a slum in Yola, one of the biggest cities in northeastern Nigeria. Muhammadu Buhari – a former army general – had just become head of state after taking power in a military coup. And he did not hesitate. He flew to Yola to personally oversee his army’s deployment. The slum was quickly cordoned off, and according to survivors, soldiers took the area back, street for street. A short time later, in early March, the Islamic sect known as Maitatsine was defeated.

Fast forward 30 years to 2015, and there’s a chance that history could repeat itself – at least, that’s what many Nigerians hope will happen. Buhari is once again the head of state. But this time, it isn’t the result of a coup; rather, he is the winner of democratic presidential elections held in March of this year. Just months into his term, many Nigerians continue to see him as their savior. “He is our nation’s messiah,” said a businessman in the northern Nigerian city of Kaduna. “He has a plan and he will succeed.”

‘The deadline was a mistake’

When he took office in May, Buhari promised to defeat Boko Haram – which has been terrorizing large parts of northeast Nigeria for more than six years – by the end of this year. “That was the president’s mistake,” said political scientist Jibo Ibrahim of the Nigerian Center for Democracy and Development. “This is a massive problem we’re dealing with, and Buhari has not done himself any favors by issuing such a clear deadline.”

When Buhari set the deadline, he could not have known how strong the terrorists really are, said Ibrahim. While insurgents in the 1980s were armed mainly with machetes, bush knives and arrows, Boko Haram has modern weaponry and an army of suicide bombers. Intelligence sources say they number several hundred in the most affected regions in the northeastern part of the country.

Many regions not under control

How likely is it then, that the president will be able to keep his promise? Buhari’s greatest asset is his reputation among the military. Under his predecessor, Goodluck Jonathan, critical elements of the Nigerian army appeared to consist of unmotivated soldiers and corrupt commanders. Currently, Jonathan’s former security advisor Sambo Dasuki is being investigated for accusations that he stole hundreds of millions of euros that were meant to go toward the fight against Boko Haram.

Under Buhari, the military seems to have regained a sense of discipline. The army has taken back large expanses of territory formerly controlled by Boko Haram. But with just two weeks to go before Buhari’s deadline, there are still many regions over which the military has no control. At the end of November, a military base in the northern Nigerian city of Gulak was attacked. “Boko Haram still has camps in the region which they use as bases for attacks on villages,” said Ibrahim. Parts of the region are considered so dangerous that journalists would be risking their lives to go there and report on the situation.

And although the Nigerian army has successfully reclaimed Boko Haram territory, one should not forget that the group’s expansion across northeastern Nigeria was just a short episode in an otherwise lengthy insurgency over six years. The terrorists’ more effective and deadly strategy is to carry out nighttime attacks and suicide bombings – and then disappear.

Driving the terrorists out?

Given these facts, even Nigeria’s Information Minister Lai Mohammed had to modify Buhari’s statement that Boko Haram would be defeated by the end of the year. “The deadline of December 31 does not mean that there will be no more attacks or suicide bombings,” he told DW. “That won’t just disappear overnight.” He added that intelligence about the group’s activities and cooperation with the population has been lacking for too long. “We have to de-radicalize the entire northeast of the country, and we need religious leaders to take responsibility,” he said. Instead of “destroying” the terror group, the government is now talking about “driving them out.” But where? There are growing indications that underground fighters are planning new suicide attacks in other parts of Nigeria. Neighboring Cameroon has also begun complaining about increased attacks by Boko Haram. By now, Buhari must have realized that Boko Haram can’t be stamped out as quickly as the slum unrest of 1984.