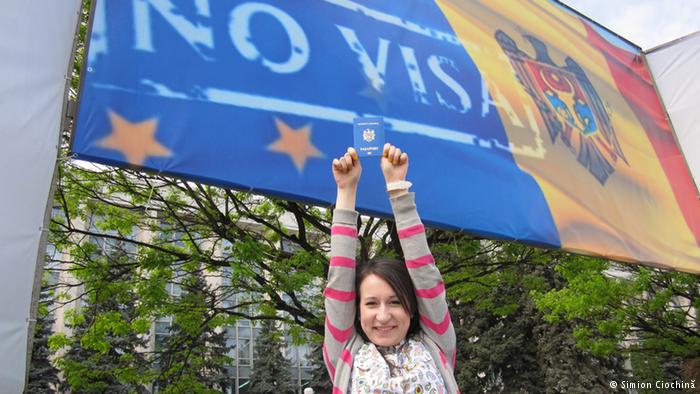 The EU Commission has recommended visa-free travel for the citizens of Georgia and Ukraine. But the abolition of visa requirements does not mean immediate unlimited travel.
If everything goes according to the wishes of the European Commission, then the citizens of Georgia and Ukraine will soon no longer require visas for travel within the European Union. However, the EU member states still have to decide. And there, we can see the first signs of resistance. Even before this positive signal from Brussels was announced on December 18, the interior minister of the German state of Bavaria, Joachim Herrmann, had sharply criticized the decision in a newspaper interview. “Instead of repeating the same mistakes that were made for visa requirements for the western Balkan nations, Europe should finally get on with safeguarding the European borders,” he told the German daily “Passauer Neue Presse.”

Republic of Moldova as an example

In Georgia and Ukraine, the signal from the European Union was seen as recognition for the reform efforts in both countries. The year 2014 saw a similar lifting of visa requirements for the first country of the EU’s Eastern Partnership: the Republic of Moldova. This decision, even though it came in for its share of criticism as well, had a completely different background: it was not only politicians in Chisinau who were convinced that the Ukraine crisis had accelerated the process.

What’s more, 300,000 Moldovans had been granted Romanian citizenship for reasons of the country’s history, and were therefore in possession of an EU passport with which they could travel unhindered in the EU and also work there.

For the other citizens of the Republic of Moldova – also for those in the breakaway pro-Russian region of Transnistria – the lifting of visa requirements was a welcome instrument for getting to know Europe directly. And this was another reason why Brussels, despite all the misgivings, relaxed the travel restrictions: Moldova was to be brought closer to the EU. For the citizens, it meant an end to what were often felt to be degrading practices at European consulates in their country. Hours, sometimes even days standing in a queue for a visa, expensive visas on the black market, in some cases corruption – at one stroke, all this belonged to the past.

In addition, Moldovans are not allowed to stay in the EU for more than 90 days per half year. In some countries, such as Ireland and Great Britain, visas are still required. Before undertaking travel, Moldovans should take a look at the exact conditions, which can be found on the website of the German embassy. For example, they will learn there that further documents can be required at the border as well as passports, such as return air tickets in the case of further travel, proof of adequate finances, and invitations in the case of visits or participation at conferences. Employment in most of the EU member states is not allowed without a work permit, even for a period of less than three months.

According to official sources in Chisinau, around a half a million Moldovan citizens – 75,000 of them from Transnistria – made use of visa-free travel in the first year of its implementation (April 2014-April 2015) . Foreign Minister Natalia Gherman announced that “the migration risk of Moldovans in the EU ” has remained constantly low.

From today’s point of view, it was a case of wishful thinking, both in Brussels and Chisinau, to hope that visa-free travel would cement the pro-European perspective of the Republic of Moldova. The reform process is stagnating; the country has for months been in an economic and political crisis that shows no signs of ending. The so-called pro-European parties are at odds with each other, and pro-Russian parties top all the opinion polls. The country remains divided, and the younger generation above all is trying with all its resources to leave its homeland: either with Romanian passports, and thus implicitly with a work permit, or as tourists who are allowed to enter the EU without a visa. Many of those without a work permit are applying for a place at university and in this way escape their uncertain everyday life in the Republic of Moldova.

It remains uncertain when exactly Ukrainians and Georgians will be able to start enjoying the benefits of visa-free travel. According to the EU Commission, it is hoped this will happen in the summer of 2016.