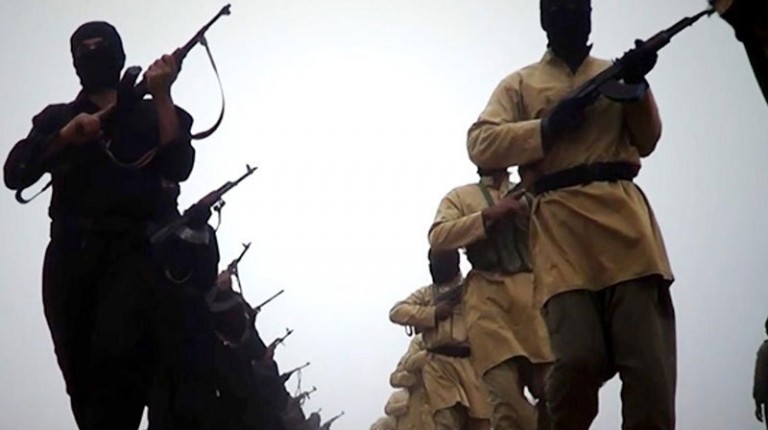 A UK-backed agreement to evacuate more than 2,000 “Islamic State” (IS) militants from regions seized by the opposition was halted due to the killing of a top rebel, the UK-based Syrian Observatory for Human Rights reported Saturday.

The UN will hold a negotiation meeting in Geneva on 25 January aiming to put an end to the five-year civil war and has urged all sides on the ground not to impede the political process.

The Syrian Observatory said the evacuation process was supposed to take place early Saturday, but was suspended due to the absence of a safe passage.

Hezbollah’s Manar TV reported that buses were supposed to move militants to Raqqa, the stronghold of IS. The deal was suspended due to the killing of Zahran Alloush, one of the top rebels and the leader of Jaish Al-Islam group.

The buses carrying IS militants were set to travel through lands seized by Alloush’s group. The deal was the first of its kind between the Syrian regime and IS and it aimed to allow the Syrian army to control a new strategic area 4 km away from the centre  of Damascus.

The halt of this deal represents a setback to the UN’s efforts to end the blockade imposed by the government forces for years in parts of the city controlled by opposition group fighters. The blockade has hampered the delivery of humanitarian aid and will leave the population on the brink of starvation.

“A large number of terrorists were destroyed, including the leader of the so-called ‘Syrian Revolutionaries Front’ Mohammed Al-Masaalm,” he said. “The Syrian army destroyed armoured vehicles full of terrorists and three vehicles equipped with heavy machine guns to the south of Al-Manchiya district in the city of Daraa.”