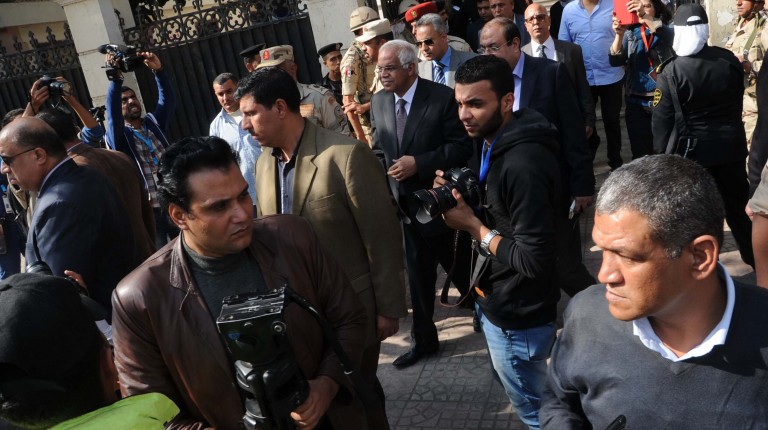 A total of 149 incidents of violations were committed against journalists in Egypt during the last parliamentary elections from October until December, according to the independent observatory Journalists Against Torture (JATO).

In a report issued Monday, JATO said it documented those cases during the 12 days designated for the elections and runoffs. Those were two electoral phases, in addition to a final phase where elections were repeated in some governorates.

JATO had covered complaints from journalists during their coverage of the elections, reporting several assaults and coverage bans, including 72 cases fully documented by JATO.

Another 75 cases were reported by media institutions and two cases by human rights organisations, which were not documented by JATO.

The report further highlighted the alleged “perpetrators” of assaults on journalists. It said 86 incidents were caused by security forces from the army and the police in charge of securing polling stations and their surroundings, while 27 were attributed to public officials.

The highest numbers of violations were witnessed in the governorates of Cairo and Giza, with 59 and 51 cases respectively. Shockingly, Alexandria followed the two in the ranks with only eight cases.

Giza was the central location of action in the elections, during the first phase, with 13 other governorates. Cairo, the capital, came second.

According to Ayat Ahmed, an observatory official, there were several reasons behind such figures and gap between governorates. “Firstly, the two places received wide media coverage in comparison to other cities,” she told Daily News Egypt Monday.

In Giza and Cairo, it was also easier for journalists to report on violations. Because of their fewer numbers in governorates, journalists there are familiar to many, which reduces risks of conflicts.

Regarding the banning of some journalists from covering the elections despite having authorisations from the Supreme Electoral Commission (SEC), Ahmed argued that sometimes those responsible for the elections did not want journalists to cover “negative aspects” such as photographing empty polling stations.

“In one incident, journalists were prevented from entering a polling station after a dispute erupted between the judge in charge and a voter accused of directing others towards certain candidates,” she said.

44 cases of violation against journalists during elections: Watchdog report