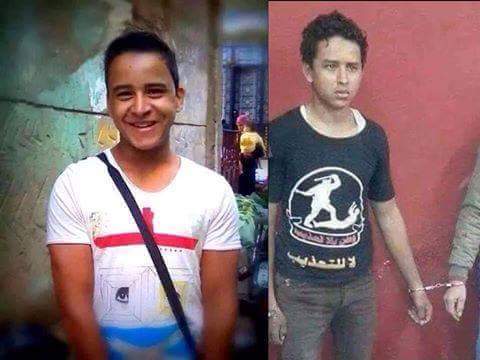 The Cairo Crimnal Court adjourned once more a session for Mahmoud Hussein, also known as the ‘anti-torture t-shirt detainee’, to 6 January, the Association of Freedom of Thought and Expression (AFTE) reported Tuesday.

Hussein is detained along with another student named Islaam Talaat. Both are still in pre-trial detention as his case has not been referred to court yet. According to procedures, he is to be presented before the court periodically, where a judge is to look into his case and decide whether to renew his detention or not.

A session to renew a defendant’s detention might be postponed if the defendant is absent. It has been common over the past two years for prison authorities not to transport defendants to attend their sessions, on grounds of “security reasons preventing the transfer of prisoners to court”.

According to AFTE, the court ordered that the “person responsible for not bringing Hussein and his colleague to court be fined EGP 1,000”. However, in Hussein’s case, he has been kept from attending the session at courts in excess of 20 times. This has resuled in extending his detention for several periods without official orders.

Hussein was 18 when he was arrested from a checkpoint on his way home on 25 January Revolution in 2014. By his next court session, Hussein will have completed 710 days in jail.

Politicians including former Al-Dostour Party (DP) member Khaled Daoud, current DP member Gameela Ismail, and activists such as Mona Seif and others who participated in a video produced on 25 December in solidarity with Hussein.