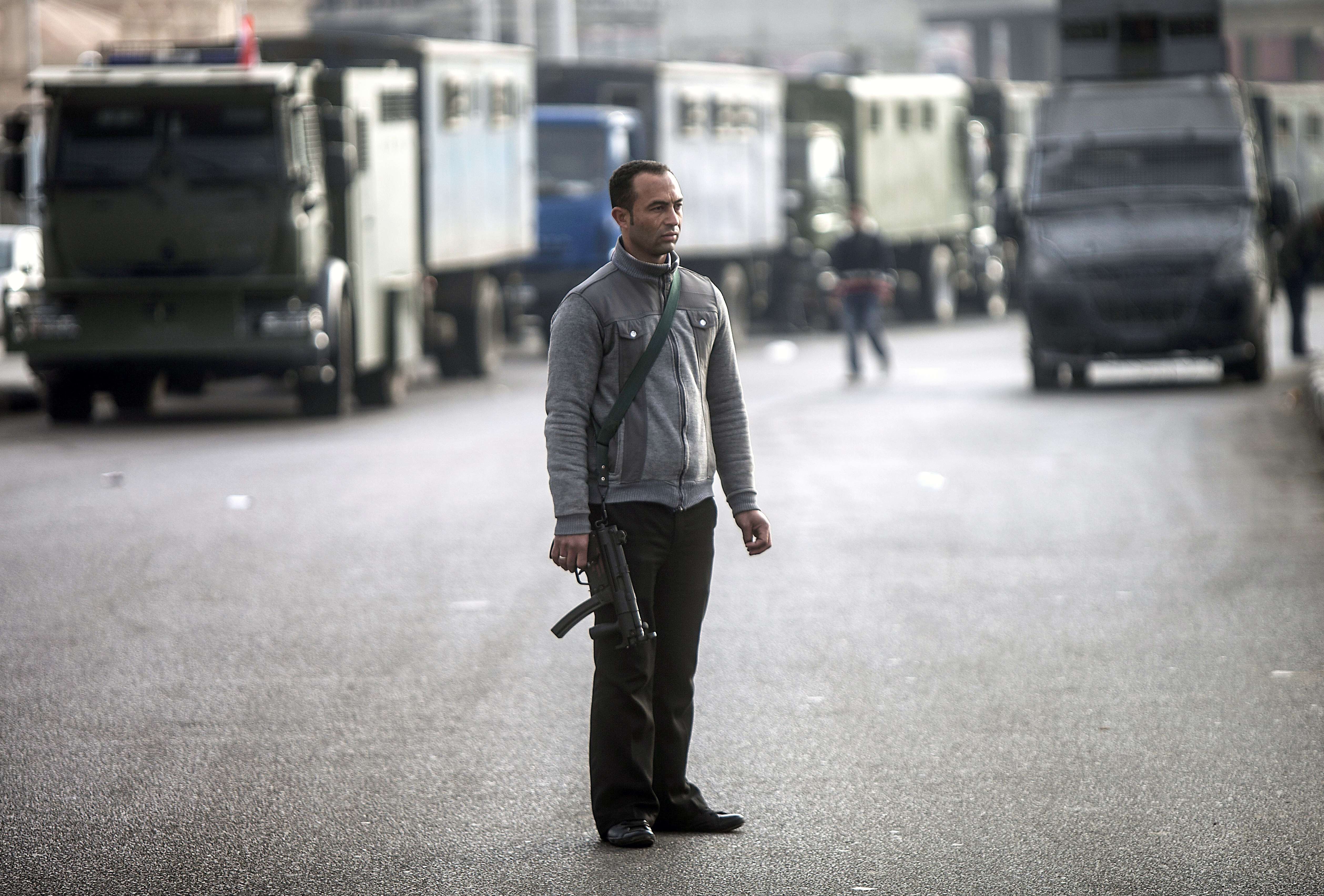 Some of the forced disappearance complaints submitted to the Ministry of Interior are people who have voluntarily fled their homes, according to Assistant Minister of Interior for public relations and media Abu-Bakr Abdel-Karim.

The statements came following a meeting Monday between Minister of Interior Mahmoud Abdel-Ghafar and President of the National Council for Human Rights (NCHR) Mohamed Fayek.

Abdel-Ghafar met with Fayek to discuss the possible means of cooperation between the council and the different departments of the Interior Ministry regarding human rights-related issues in the upcoming period. He also praised the council’s role in promoting the culture and values of human rights within Egyptian society.

The minister highlighted the ministry’s aim to boost their cooperation with the council and all civil society organisations, asserting that the message of security will not succeed except by respecting human rights and facilitating the work of organisations that work in the field.

The meeting took place amid growing concerns over the state of human rights in Egypt. Several activists and organisations have voiced their criticism over the worsening conditions of detention facilities, cases of torture, and the rise in the number of forced disappearance cases.

The NCHR said in a report, following a visit in August to investigate accusations of abuse in Al-Aqrab Prison, that all prison inmates were treated well and such reports were exaggerated. The report drew much criticism from dissenting voices, with spokesperson of the Misr Al-Qawia political party Ahmed Imam calling it “false, illogical, and praiseful to the authority”.

During the Monday meeting, Fayek has expressed his praise and respect for the role of the police forces in dealing with the country’s current security challenges. He called for increased communication with the Ministry of Interior, demanding the introduction of regular meetings between the ministry and the human rights sector.

Fayek also requested the quick review of any complaints submitted to the ministry, besides increasing the number of prison visits.

According to Abdel-Karim, the ministry reviewed 70 out of 101 forced-disappearance complaints submitted. A number of the forced disappearance cases reviewed were for people who are currently under temporary detention. Other cases were said to be citizens who voluntarily ran away from their homes.

The council has recently called on the Ministry of Interior to abide by the stipulations of the Code of Criminal Procedure with regards to referring those arrested to investigative authorities in line with the constitution.

There were 125 cases of forced disappearance across Egypt in October and November, according to a report issued by the Stop Forced Disappearances campaign.

The Monday meeting is the latest in a series of meetings between the authorities and the NCHR. The previous meeting took place last week between President Abdel Fattah Al-Sisi and Fayek, in which Al-Sisi pledged to support NCHR activities through field visits to Egypt’s prisons and to address any violations of human rights.