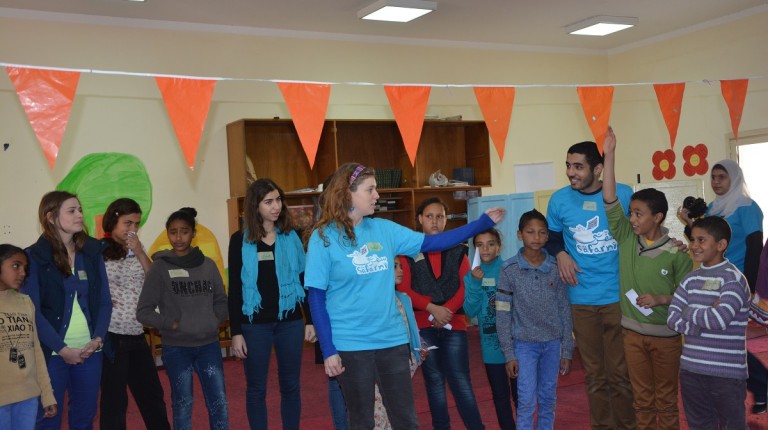 In an effort to support street children, the Swedish Embassy in Cairo organised an entertainment day with the support of a number of civil society organisations to raise the cultural awareness of street children and to encourage them to read.

The event was held in celebration of the 70th anniversary of the Swedish children’s book “Pippi Longstocking”, written by Swedish author Astrid Lindgren, in which the writer encourages children to believe in themselves and becoming their own role models.

The event saw a variety of literary and musical activities that aimed to highlight the importance of reading and cultural exchange in efforts to advance the children’s social and educational development.

“Cultural exchange through stories and music is not only entertaining but also fosters children’s curiosity and open mindedness. It also plants the seeds for creativity, innovation, and critical thinking,” Swedish Ambassador to Egypt Charlotta Sparre said.

The event was held at the Banati foundation, an organisation aims to help street children by providing them with a place to stay, the education they need, and teaching them new skills to develop their capabilities.

The organisation was established six years ago to promote and protect the lives of children at risk, children on the street, especially girls, and children deprived of parental care.

The rehabilitation centres differ according to the children’s conditions. The first stage includes a reception centre in Old Cairo, “where 1,500 female street children check in monthly,” according to founder of Banati Hanaa Aboulghar.

The second includes Banati’s 6 of October City branch, where 225 children are currently hosted, 50 of whom are boys while the rest are girls since Banati’s main target group is females.

“Many charity organisations work with boys, bearing in mind that girls now represent from 40% to 50% of street children,” Aboulghar said.

One of the main issues the foundation faces is the lack of funding. “The foundation always faces problems in obtaining the funding needed to maintain the children’s living standard at an acceptable level,” she said. “Other than few a organisations that help us, we survive on individual funds.”

A number of the children taken in by the organisation know their parents but escaped from home due to parental abuse or forced labour.

In terms of protecting children against their parents, Aboulghar said the constitution now includes new articles that need to be activated and incorporated into a law. “When some families take their children back for a vacation [from the centre], some children return raped, beaten, etc. In these cases we have to start the rehabilitation process all over again,” she said.

Throughout the event, the children were introduced to Swedish culture through dance, music, food, and games meant to stimulate critical thinking.

The activities were organised by Safarni, an NGO that provides an Intercultural Children’s Workshop to simulate the travelling experience for children who cannot afford travelling.

The day ended with an intercultural fusion of story-telling and music performed by the Awtar Quartet, an Egyptian classical music group, alongside an interactive reading of a Pippi Longstocking story in Arabic.