The recent mass uptake of easy-to-use digital tools has lowered the threshold for political mobilisation and engagement in a political life as the capacity for the active production and dissemination of information has been democratised.

Perhaps this is most notable in the way that social media platforms have ascended into the political sphere in the Arab World, in general, and in Egypt specifically since 2011. Egyptian online communities have been highly involved in aiding the organisation of protests, calling for the ousting of officials and exposing corruption. More than a depoliticised social sphere, the digital tools that social media provide have become a force for political and societal change, a distended watchdog over authorities.

In 2015, social media users played an important role forcing officials out of office, shutting down television shows, and illuminating discrimination. At the end of the year, we take stock of those social media events which reverberated across the social milieu.

In April, , Curator in the Mahmoud Saeed Museum Azza Abd El-Moneim in Alexandria received a public apology from Prime Minister Sherif Ismail and received a salary raise when Minister of Culture Abdel-Wahed El-Nabawy made derisive comments regarding Abd El-Moneim’s weight.
Minister El-Nabawy made a surprise visit to the Mahmoud Saeed Museum, informally inquiring if any employees had issues of complaint. Abd El-Moneim responded to the minister that she has not received the mandated salary increase that is stipulated by law.

“If you have any problem with government centralism, I have a problem with fat employees [like you],” the minister replied. After completing his tour and before entering his car, El-Nabawy looked at Abd El-Moneim with a smile and told her in a very loud voice, “keep [walking] rounds in the garden as we agreed Azza”, according to Abd El-Moniem.

The minister’s comments provoked harsh censure on social media. Abd El-Moniem documented her interaction with the minister on a Facebook post that garnered overwhelming support from other social media users and was shared by more than 7,000 people in less than a day.

Abd El-Moneim’s post, which had originally bypassed mainstream news agendas, soon forced its way onto local media broadcasts. With the increased attention, Mahlab issued a formal apology in a meeting with Abd El-Moneim and El-Nabawy at the Egyptian Cabinet headquarters and granted her a salary raise retroactively.

“I do not accept for any Egyptian citizen to feel insulted nor [their] dignity humiliated,” Mehleb said. “What he [Culture Minister] has done is an inadvertent error and I personally ask you [Abd El-Moneim] to please forgive him,” he said, according to Abd El-Moneim.

Online criticism quickly followed minister of Justice Mahfouz Saber’s televised comments, in which he precluded the children of garbage workers from ascending to the public judiciary office. Saber said that the sons of garbage collectors could not become judges because judges must grow up in a “respectable” environment. “A judge has his highness and position, he must come from a respectable medium, both financially and morally,” Saber said.

“With all due respect to the garbage man but if he works in the judiciary he will be depressed and will not be able to continue,” Saber said, eventually adding that the garbage collector should work in another “suitable” job.

After the show was aired, thousands of Egyptians took to social media to express their disapproval, describing the minister’s comments as classist and flawed. In what has become a dominant force in hashtag activism, the online community was able to unify in a singular voice a wide sector of the local Egyptian political sphere calling for the ousting of the then minister.

Shortly after he was decried by the Egyptian public, Saber issued his resignation. Ibrahim Mehlab said in a statement that Saber had resigned out of “respect for public opinion”.

The local Alexandrian municipality and Egyptian government were condemned for their mismanagement and general absence of relief efforts in the immediate aftermath of the flooding in Alexandria in October. It caused the death of seven peeople. Alexandria’s former governor, Hany El-Messeiry, had to submit his resignation after extensive criticism from social media users.

Serving to intensify the focus of the deaths and government inaction, videos of the catastrophe and pictures of cars stranded in the water circulated on social media. The users demanded the dismissal of the governor for failing to deal with the situation and for his failure to prepare for the rainy season in advance. Prime Minister Sherif Ismail accepted the resignation of El-Messeiry.

Social media might have had a less direct impact in the resignation of El-Messeiry since there were other political calculations that were put into considerations but it had definitely played a role in exposing the catastrophe.

TV host Reham Saeed is no stranger to controversy. In 2015, she insulted Syrian refugees while handing out clothing and food to them. “They leave their children on the ground and fight each other. I am glad we were able to help them, even though they were not respectful,” Saeed said in a recorded episode of her show Sabaya El-Kheir.

In 2014, she dismissed an atheist from her show and on air, “I wasted my time talking to a lunatic in the first place”.

Despite a growing list of incidents and the attendant criticism that follows, Saeed continued to host her show, which airs on Al-Nahar network and garnered high viewership. 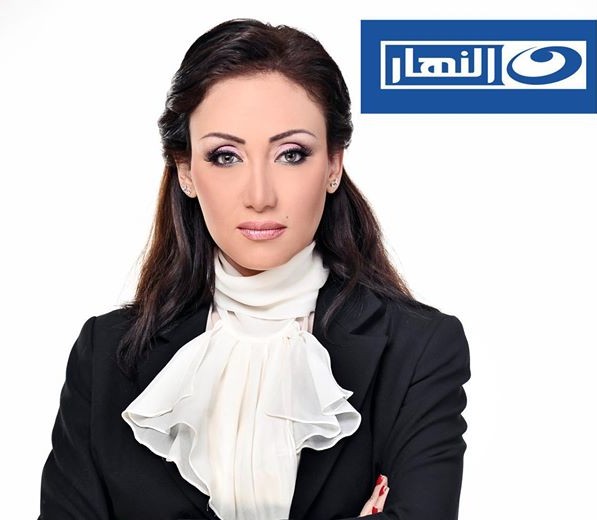 In October however, Saeed faced harsh criticism after she blamed Somaya Ebeid in an episode of her show for the sexual harassment. Ebeid had published a post on Facebook claiming that she had been sexually harassed by a man in a mall in Heliopolis. The man slapped her when she verbally defended herself. Ebeid was subjected to humiliation when she was on the show to discuss the incident.

During the interview, Saeed disclosed private photos that had been taken from Ebeid’s phone without permission. She then attempted to insinuate it was Ebeid’s alleged “impropriety” that got her assaulted.

Ebeid received widespread support once the story of episode was aired and Ebeid talked to other TV shows about what happened with Saeed. Social media users demanded the suspension of the programme and threatened to boycott Al-Nahar Channel. Five companies withdrew sponsorship from Saeed’s show and the network suspended its broadcast shortly after.

While all these stories clearly uncover corruption and discrimination, they also put into relief the impact of social media. It represented in its capacity generating new channels of political mobilisation that can act, if only virtually, on the decision mechanisms within the Egyptian state and the private sector.

In 2015, social media undeniably played an important role in not only exposing corruption but also pushing for action against it. These cases should be praised but social media in 2015 caused us issues as well. It was a tool used to financially defraud and politically exploit. Social media’s engagement with the political in 2016 will depend on user’s ability to know the difference between social media as productive tool and social media as destructive force.

Does the power of social media encourage herd mentality?