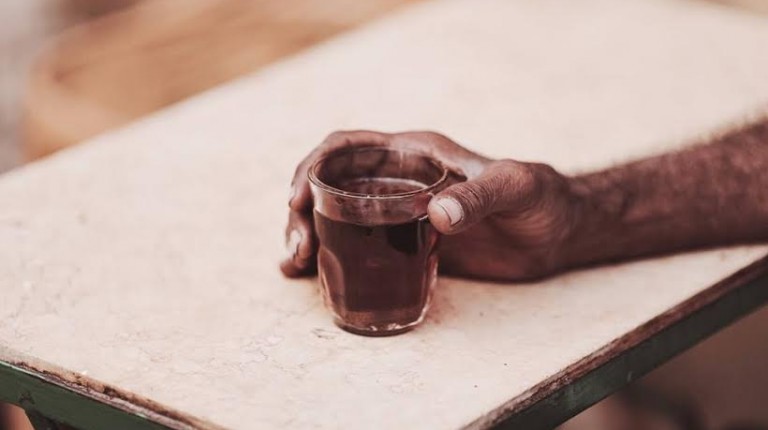 As 2015 draws to a close, many civil society organisations have adopted the belief of turning Egypt into a better place starting with the citizens instead of waiting for the authorities to take action.

Throughout the year, both individuals and non-profit organisations were more concerned with the main problems in Egypt and several projects were initiated to change mainstream attitudes towards terrorism, tourism, health, cultural awareness, and people with special needs.

The initiatives took place both online and offline in an attempt to reach as many people as possible and touch their lives personally, in an attempt to fill in a vacuum customarily occupied by governmental work. The best-known campaigns to promote domestic tourism this year were launched through the hashtags #RoamEgypt, “This is Egypt” and “Masr Orayeba” (Egypt is Near). The first was privately initiated while the rest were espoused by the Ministry of Tourism.

Roam Egypt was an initiative created by local photographer Taimour Othman, who decided to represent Egypt as it was previously perceived, rather than the recent impressions of destruction, violence, and brutality that have fomented in people’s minds over recent years.

On his trips around Egypt, he documented his adventures with photographs published them over social media. He asked people to help him beautify the image of Egypt by doing the same. As a country with major interest in social media, Othman wanted to use the population’s obsession with technology to document the real face of Egypt.

According to Othman, the real Egypt could have never been documented by anyone but the people themselves, who get to experience the authentic aspect of the country without the involvement of any political or media agendas: as Othman put it, “purely user-generated content”.

However, unlike usual photographers who use the common pictures in documenting the beauty of Egypt, Othman asked people to publish anything that can fit in the concept, starting with a picture of a cup of tea up to the common pictures of the Great Pyramids of Giza.

In a matter of months, the hashtag was included in more than 10,000 posts on Instagram alone. 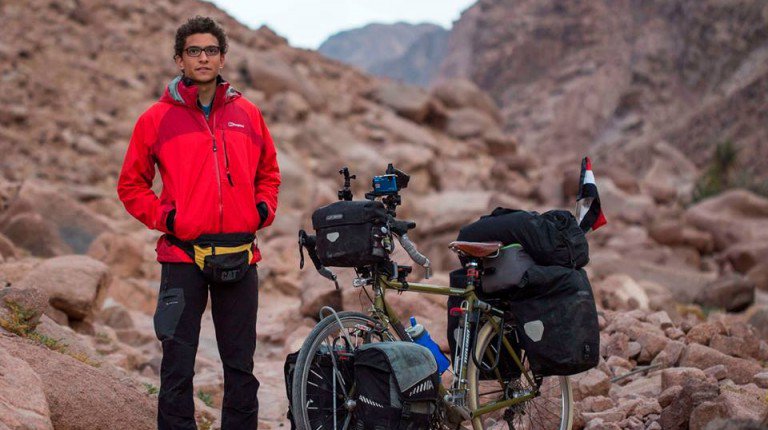 While Othman used social media to show the beauty of Egypt, university student Galal Zekri Chatila achieved one of his dreams by crossing Egypt on his bicycle for 150 days. He did it to prove that it is safe and secure, unlike the image portrayed by many foreign media outlets.

Chatila was determined to tell the world that Egypt has not been deeply affected by all of the political turmoil. For six months, he travelled more than 7,000 km across the country, updating people daily through his Facebook profile and website. He has been surviving in different governorates with only the basic needs.

“I was told that thugs stopped people on the road,” he said, “but I told myself we cannot live in constant fear of anything that could go wrong. I would ride my bike at night with only the light of the moon and the stars as if it is part of a magical film full of thrill, drama, horror, and romance at the same time.”

In his diary, which will soon be adapted into a film directed by him, he recorded the help offered to him from strangers and reflects on his “spiritual experience” while travelling.

Another initiative focused on raising the awareness on the critical problems occurring in Egypt, the Nada Foundation for Safer Egyptian Roads.

The initiative was established after the tragic death of college student Nada Walid in a car accident on her way home. The foundation was established by her family and friends, aiming to raise awareness on the gravity of road accidents, specifically in Egypt.

The initiative’s main goal is to pressure the state and government to efficiently address the message and prioritise it through policies, infrastructure development, and strict implementation of road laws.

The self-funded foundation addresses youths to change their attitude as road users to a safer one by driving slowly. They address youths by visiting public and private schools and universities to give live sessions to address the deadly epidemic.

They also participate in mass gatherings, such as Cairo Runners, as one of their ways of delivering their message to public. 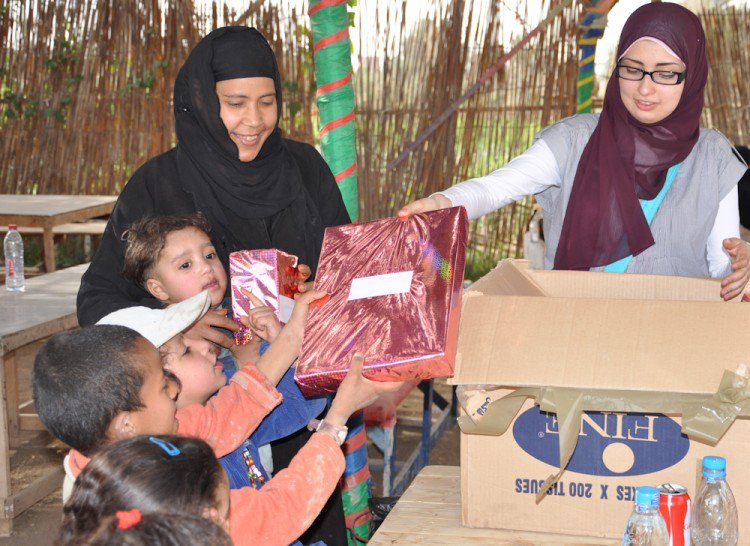 Nafez (Apply) is an online platform that connects private sector companies and individuals to NGOs in need of funding to apply a community development project.

After suffering to get their community service projects funded, the two young men in their twenties, Khaled Yousry and Kareem Abo Al-So’od, decided to create a platform to help connect NGOs with corporates to facilitate the process of helping those in need efficiently.

The platform started earlier in 2015 to benefit from corporate social responsibility (CSR) departments, to invest the money in several projects that NGOs were planning to undertake. The platform users get to decide which out of the many proposed project will be funded through online voting.

In their first round, the online voting given to NGO Ahl Masr through Nafez helped change the lives of more than 4,000 families in At-Samta village in the governorate of Beni Suef. One NGO won EGP 50,000 to renovate the unstable and dilapidated houses and raised awareness on the dangers of using the “wabour” (a small primitive gas stove). Another NGO won EGP 25,000 for developing children’s abilities in educational, personal, and ethical sides.

“It is not how much we give but how much love we put into giving,” Nafez quoted Mother Teresa. The quote helped Sara Moussa start her charity and social work hub. As an individual, Moussa first helped the protestors in Tahrir Square during the 25 January Revolution in 2011 by giving out food and water. When things got violent, she helped the injured by providing the needed medications and medical supplies.

The revolution was only the beginning; for the past couple of years, Moussa and the donations of individuals and some NGOs managed to renovate and improve the quality of services and supply the Pregnancy Care Unit with equipment at Al-Qasr Al-Aini Hospital. She also managed to help open new newborn ICUs in Tanta, Port Said, Benha, the Suez Canal Hospitals and the National Cancer Institute.

The hub also helps brides with no families with marriage preparations and works on renovating schools in Upper Egypt. 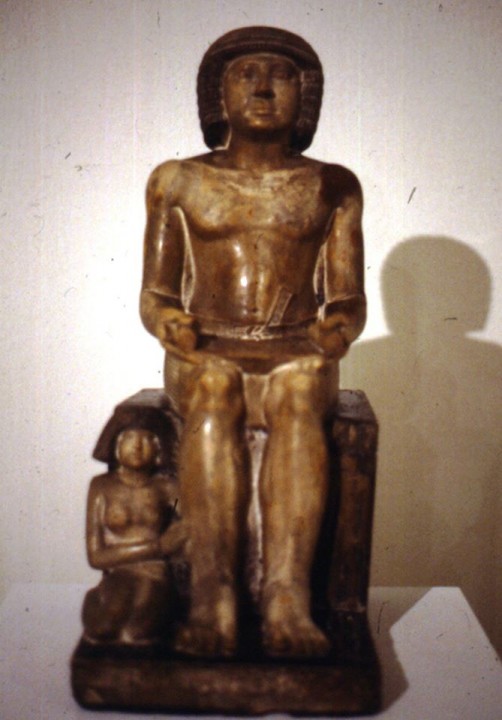 About 4,000 years ago, the statue of Sekhem Ka was given as a present to England’s Northampton Museum on condition of keeping it on show to public and not selling it under any circumstances. Last year however, the museum was in need of financial income for renovation and expansion works, so it put the statue on public auction, where it was sold for £15.76m to a Qatari millionaire.

Whenthe statue was transferred to England, the policy gave both the financier and the country the right to divide any new findings by a legal percentage. However, due to the lack of specifications, laws, and regulatory bodies, the statue was never registered in Egypt, and was taken abroad.

A group of antiquities activists started demonstration against the selling of a publicly-owned property.  The group called themselves “Save Sekhem Ka Action Group” and filed a lawsuit to prove that Sekhem Ka belongs to the UK and to prevent its transfer to Qatar.

After many calls on the UK’s Prime Minister and pressures from the group that led Egypt’s Minister of Antiquities to interfere, the UK government agreed to allow “a final opportunity for a buyer to put forward a serious expression of interest to raise funds to keep the Sekhemka statue in the UK”, the UK government department spokesperson said.

“This shows that the UK Government is thinking seriously about the implications rescinding the ban would have on the international reputation of the UK, especially in Egypt and the Middle East,” Chairman of Save Sekhem Ka Action Group Gunilla Loe said in a press release.