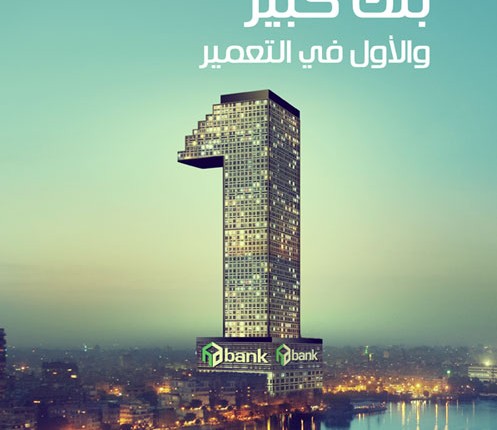 The Housing and Development Bank (HDB) has brought the total number of its branches to 64, just two days before the end of 2015, in line with a strategy of geographic expansion.

The bank’s target is to reach 100 branches in the upcoming period and provide services to the largest possible number of customers.

Fathy El-Sebai, Chairman of the HDB, oversaw the opening of the bank’s newest branch in Tanta last Tuesday. The Tanta branch is the eighth in the in the northern governorates, and the 64th in total.

The opening was attended by the Gharbeya Security Director, the President of Tanta University, and the Governor of Gharbeya, Ahmed Deif Saqr, who praised the bank’s utilisation of ‘’the most advanced technology in the banking field’’.

According to El-Sebai, the bank will start applying Core Banking by the beginning of 2016 to bring its services up to the global standard.

El- Sebai said the bank aims to serve its customers through constantly modernising and retaining a diversified package of banking services. He added that the bank is about to launch four new services in the first quarter of 2016, some of which serve the corporate sector, such as an ATM card titled Corporate Card.

He noted that the bank will also offer credit services, such as a loan for funding unfinished houses, HDB dollar certificates, and savings schemes, such as the saving account For Tomorrow, which is targeted towards children and young people.