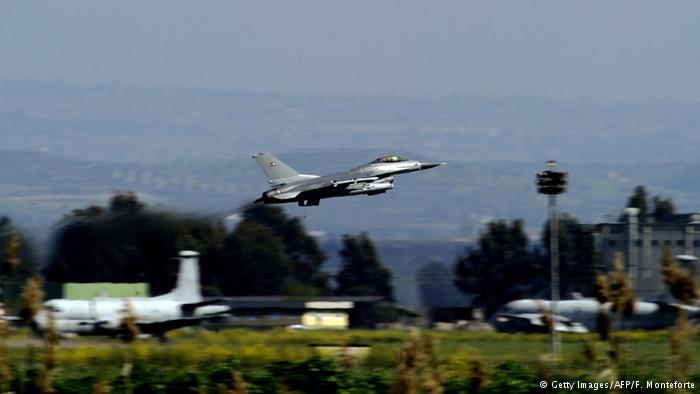 “Islamic State” (IS) forces launched an attack on an Iraqi army base in northern Ramadi Saturday.

The attack comes only days after the Iraqi army recaptured the city from the hands of the militant group.

A spokesperson for the Iraqi army said Iraqi troops temporarily retreated from the base after it was attacked by suicide bombers, which preempted an attack by six IS vehicles.  The Iraqi forces recovered the base with the help of an air strike.

The Iraqi troops recaptured the Iraqi city last week, after it had been held by IS forces for the past 18 months. However the task of restoring full control remains ongoing.

Meanwhile, the US army said Friday that the US-led coalition carried out 24 air raids against IS in Iraq Thursday.

The raid targeted seven IS locations. Nine weapons caches and four bridges were destroyed, according to a statement from the US coalition.  The strikes also targeted an IS tactical unit and five fight locations near Ramadi.

There were also strikes carried out against IS targets in Syria, led by the French Air Force.

During his visit to a military base in Jordan, French Defence Minister Jean-Yves Le Drian said French air forces executed Friday air raids against oil facilities seized by IS in Syria near Raqqa, the stronghold of the militant group.

France was the first country to join the US-led coalition air raids. Since responsibility for the November 2015 Paris attacks was claimed by the IS group, France has increased the number of air raids against the group in Syria, focusing on Raqqa, and oil supply lines.

Meanwhile, the UK-based Syrian Observatory for Human Rights reported that the US-led coalition between Arab and Kurdish fighters have captured two villages – Tat Marash and Tanab, in the Azaz region of northern Aleppo – from armed opposition groups after clashes with the Al-Nusra Front.