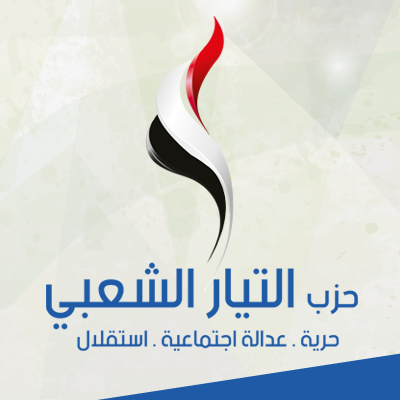 Al-Tayar Al-Sha’aby Al-Masry (the Egyptian Popular Current) has held President Abdel-Fattah Al-Sisi accountable for the forced disappearances of political activists, according to a statement on Saturday.

The party demanded information on the forced disappearance of Yanayer Gate journalist and political activist Mahmoud Al-Saqa, who was taken on Thursday. Al-Saqa is yet to be formally charged and his location remains unknown.

“[We] demand a clarification for the accusations faced by Al-Saqa and other revolutionary youth who are detained or have forcefully disappeared,” the statement read.

“[We] hold the whole regime, headed by the president, responsible for these repressive and brutal practices, and demand freedom for them [the detained] before the anniversary of the revolution,” the statement read.

The ministry of interior, however, announced on Monday that they have reviewed 70 of 101 forced disappearance complaints, saying that a number of the forced disappearances reviewed were of people who are currently under temporary detention. Other cases were said to be citizens who voluntarily ran away from their homes.

The Popular Current also expressed dismay over security raids on culture establishments in Cairo, such as the Townhouse Gallery for Contemporary Art and the adjoining Rawabet Theatre which were both shut down on Monday. In another raid on Merit Publishing House, some of its equipment was confiscated and staff member Mohamed Zein was briefly arrested then released several hours later. Founder Mohamed Hashem was later summoned to the prosecutor’s office for questioning.

The statement said the regime commenced the new year with the continuation of its brutal practices and its “contempt” for the constitution. They also condemned repressive laws and security measures that have shown a disregard for human rights guaranteed by the constitution.

“As if history is repeating itself, as if no one has learned Mubarak’s lesson in 2011 that injustice and oppression are tools of a helpless and failed system,” the statement read.

The statement said the regime put the revolutionary youth in jail to “cover up for its failures and complete inability to manage more important issues”.

According to the statement, the building of the Grand Ethiopian Renaissance Dam (GERD) and the deteriorating economic situation are important issues that have not received appropriate attention by the government.

The Popular Current was formed by former presidential candidate Hamdeen Sabahy in September 2012.