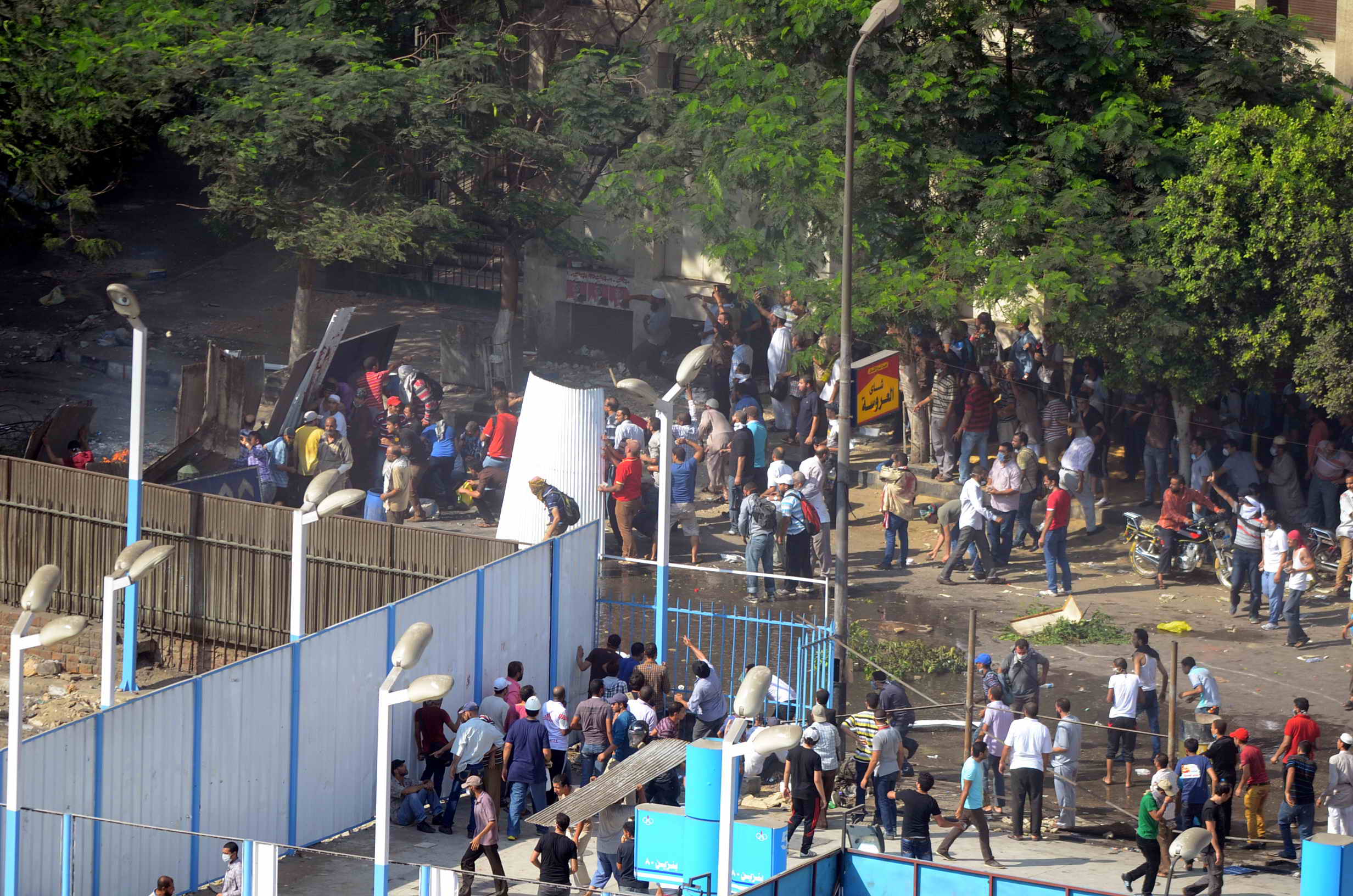 On Sunday, Egypt condemned the attacks on the Saudi Arabian embassy and consulate in Iran following the kingdom’s execution of 48 people for terrorism offenses, including Shi’a cleric Nimr Al-Nimr.

Iranian protesters broke into the Saudi embassy in Tehran and the Saudi Consulate in the northern city of Meshhad. Protesters destroyed Saudi offices and set the buildings ablaze expressing anger at the Saudi decision to execute Al-Nimr.

“Egypt condemns the torching of the Saudi embassy in Tehran and the Saudi consulate in the city of Mashhad in Iran,” Egypt’s Foreign Ministry said in a statement.

Egyptian Foreign Ministry spokesman Ahmed Abu Zeid stressed the need to respect the inviolability of the premises of diplomatic and consular missions and the safety of their employees, as outlined in the Vienna Conventions on Diplomatic and Consular Relations.

The Egyptian statement did not mention the Egyptian national Mohamed Fathi Abdel-Ati who was among the 48 executed Saturday.

Egypt’s former foreign minister to Saudi Arabia, Fathi Al-Shazli, expressed his dismay over the Iranian protesters’ actions and described it as a threatening action from Iran and interference in Saudi Arabian internal affairs.

“Iran thinks that it is the guardian of Shi’as wherever they are and some factions in the Gulf approve this. We can see that the sectarian issue is getting more complicated,” El-Shazly said.

The Association of Egyptians Abroad condemned the attack on the embassy, describing it as “barbarian”. Spokesperson of the Association Salah Youssef said that Iran sponsors terrorism and spreads sectarian tension across the Arab world, attempting to exert control over the Gulf.

Newly-elected Egyptian parliament member Mostafa Bakry also condemned the Iranian reactions on his Twitter account. “This is an assault over the sovereignty of an Arab country and a blatant interference in the internal affairs of Saudi Arabia,” Bakry’s tweet read.

Several Arab countries however have declared their immediate support for the kingdom, making their position align with Saudi Arabia’s influence in the region. The UAE and Sudan recalled their ambassadors to Iran while Bahrain had a more extreme reaction as they completely cut diplomatic relations with the Shi’a-majority country.

Egypt’s formal reaction however seemed to be more cautious and less clear than other Arab countries, focusing on the attack on the embassy and avoiding any comment referring to the execution decision.

Head of the Regional Centre for Strategic Studies (RCSS) Abdel Moneim Said told Daily News Egypt that Egyptian authorities considered the consequences of the incident when it issued the statement. The cautious stance from Egypt was for strategic reasons, he said.

“Egypt is afraid that the war against terrorism would be portrayed as a war between Sunni and Shi’a,” Said explained.

He supported the Egyptian reaction saying that its fears of a burgeoning discourse centred on sectarianism are valid since the international community is focused on the execution of the Shi’a cleric Al-Nimr, while not giving much attention to the other 47 executed, the majority of whom were Sunnis.

Said however denied the link between Egypt’s cautious reaction and its relation with Russia, who are allies with Iran. He rejected the claims that Egypt’s careful statement was an attempt to balance its interests with Saudi Arabia, without angering the Russian side.  “Saudi Arabia is more important to Egypt than Russia; they are investing 30 billion Saudi Riyals ($8bn) in Egypt, which is something that Russia would never give to Egypt,” he said.

Palestinian-Jordanian political commentator Yasser Zaatreh said on his official account on Twitter that the Egyptian stance regarding the situation remains to be the most important in the Arab world. “Standing by the side of Saudi Arabia in this fight will change a lot. The problem is there are no indicators for such thing,” Zaatreh’s tweet read.

If the Egyptian regime determined its position, Iran will realise its inevitable retreat. “The Egyptian position however is tempting to Iran, especially in relation to Syria,” he said.

Egypt’s position regarding the Syrian crisis has been ambivalent since it has been attempting to balance the interests of its regional and international allies, most notably Saudi Arabia and Russia.

He said a firm stance from the Egyptian regime regarding the Iranian aggression will lessen the consequences of the incident on all the parties.