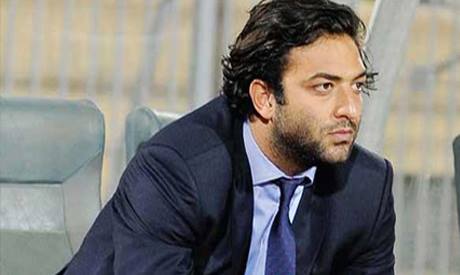 Pacueta only managed two wins in front of Mahala and Haras Hedood teams, two draws in front of Petrojet and Masr Mekasa team, and one loss against Talaa El-Ghiesh. These disappointing results for the Egyptian league title holder lead zamalek directors to take the action of sacking the Brazilian coach.

The Zamalek board assembled an important meeting and stated officially hiring Mido to be the third manager this season after Portuguese  Jesualdo Ferreira, who won the double (League and Cup)  last season to Elsad club in Qatar.

Mido started his first team career as a player with Zamalek  giants  in 1999 before starting a long journey in big European clubs as a professional. He had the experience to play at top six major football leagues (Belgian, Dutch, French, Italian, Spanish, English) before returning back for his favourite Egyptian team.

He then retired as a footballer in the 2013 season and was appointed as Zamalek head coach, the youngest manager ever to manage the white knights after the sacking of former manager Helmy Toulan on 21 January 2014.

Mido led his team to third place in the 2013/2014 Egyptian Premier League and secured a place in the 2015 CAF Confederation Cup after a 1–0 loss to rival Al-Ahly, a 2-1 loss to Alexandrian Smouha, and  2–0 win over Petrojet.

Mido succeeded to win the Egypt Cup and secure the cup title for the second year in row by beating Smouha 1–0 in July 2014. He was replaced by Hossam Hassan then appointed as director of football for Zamalek youth academy before being appointed as Ismaili team head coach in July 2015, leading them to three wins and two losses before he quit after having problems with Ismaili star Honey Bad Rabu.