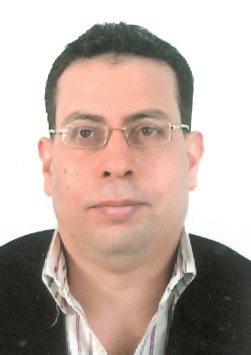 Egypt and Israel signed the Qualifying Industrial Zone (QIZ) 11 years ago, which promotes and facilitates the entry of garment exports to the US market and in exchange, Egyptian factories import raw materials from Israel. At the time, my colleagues and I called this agreement a deal with the devil. When we sign agreements with Israel or the US, we do not receive the advantages we seek. Would you be able to live with a fox or a wolf, even if you feed them?

Eleven years ago, a number of industry leaders and government officials promoted the importance of QIZ and said it is the only thing that can save the Egyptian textile industry. They said the US will open its market for our garment exports.

The agreement was signed and top producers cheered but it was only Israel that won by way of political and economic normalisation with Egypt. About 400 Egyptian companies and factories adhered to an agreement that stipulated export to the US market and the import ofraw materials from Israel. This made Israel the primary beneficiary of this agreement as it could impose its products and prices on Egyptian manufacturers.

Moreover, 20 exporters from 400 Egyptian companies in the agreement account for about 80% of Egyptian exports to the US market. All those exporters were promoting the agreement, namely Galal El-Zorba, Mohamed Kassim, Magdy Tolba, Hamada Kalyouby, and Alaa Arafa.

The rest of the 400 companies make almost nothing out of this agreement. Furthermore, some of those industrial giants trade Israeli ingredients and manipulate Egyptian companies that are now threatened by an Israeli warning.

Where is our Egyptian negotiator? Where is the QIZ unit from the Ministry of Trade? Why is it standing still while companies face threats like this, though knowing well who forged those bills? Why is Israel not held accountable when it is the provider of these materials? Where does the unit stand with reducing Israeli materials to 8.5%?

Does this unit negotiate or does it receive orders and conditions from Israel? Do we still need this agreement? Do we have to accept it as it is or amend its terms? Will QIZ become a new space of negotiations that forecloses upon negotiations before they begin?

Israel to give Egypt 2% of QIZ earnings