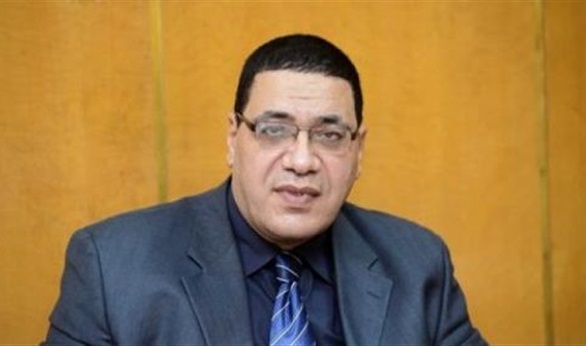 The Ministry of Justice appointed Hisham Abdul Hamid as the new director of the Forensic Medicine Authority (FMA), after the retirement of former head Mahmoud Ahmed.

Abdul Hamid’s last title was as head of the autopsy department at the Zeinhom Morgue. Before that, Abdul Hamid was the forensic department spokesperson and was popular for regularly being present in the media.

FMA is the official institute upon which the state relies in legal cases. According to the Egyptian constitution, forensic medicine experts undertake their duties independently and shall have the guarantees and protection required for them to perform their tasks, as regulated by law.

This did not protect Abdul Hamid who was dismissed last March from his position as FMA spokesperson following “controversial” TV statements he made in Al-Sabbagh’s case that were found to be “harmful” to FMA.

The Ministry of Justice announced then that Abdel Hamid was being investigated after stating in an interview that “FMA was infiltrated with Muslim Brotherhood members.” His statements caused the ministry to issue an official order banning forensic doctors or employees to speak to the media.

Abdul Hamid has handled cases that were closely scrutinized by public opinion, such as the 2013 security dispersal of pro-Muslim Brotherhood sit-ins in Rabaa, Al-Adaweya, and Al-Nahda.

His report confirmed that all bodies received by the morgue from Rabaa square had close times of deaths, the day of the dispersal on 14 August 2013. His statement cleared the Muslim Brotherhood protesters of accusations that they had murdered and buryied citizens inside Rabaa square.

“There is no doubt that FMA contributed greatly to our investigations in the dispersal of the Rabaa Al-Adaweya sit-in,” Sallam said and that FMA’s independence from the state is a must since its reports determine the fate of citizens and human rights.

Sallam said he had not personally dealt with Abdul Hamid but recalled that on the one occasion they met, Abdul Hamid rejected NCHR’s plan concerning the possible release of prisoners with health conditions. “He believed it would open doors for ‘complimentary’ actions,” Sallam said.

Abdul Hamid was also the one who confirmed that Shaimaa Al-Sabbagh, member of the Socialist Popular Alliance (SPAP), had died from a birdshot in the back and the shotgun pellets had caused a laceration in the lungs and heart, with major hemorrhaging.

Al-Sabbagh was shot by security forces ahead of the fourth anniversary of the 25 January Revolution during a peaceful protest organised by SPAP to commemorate the revolution’s martyrs.

In the same interview with privately owned Sada El-Balad channel that led to his dismissal, Abdul Hamid sparked further controversy when he made comments regarding Al-Sabbagh’s case.

“According to science, Al-Sabbagh should not have died since it is impossible for the small birdshot wound on Al-Sabbagh’s back to kill anyone. It is a rare case because she was too slim,” he had stated. At the time SPAP and the human rights’ community were struggling to hold security forces accountable for the shooting.

In June 2015, Abdul Hamid was restored as FMA spokesperson. He told Al-Hayat channel on 7 June that he was surprised to discover that the Justice Minister knew of his outspoken background with the media. “Not only did he support me but he further advised him to continue to speak to the media in absolute transparency,” Abdul Hamid said.