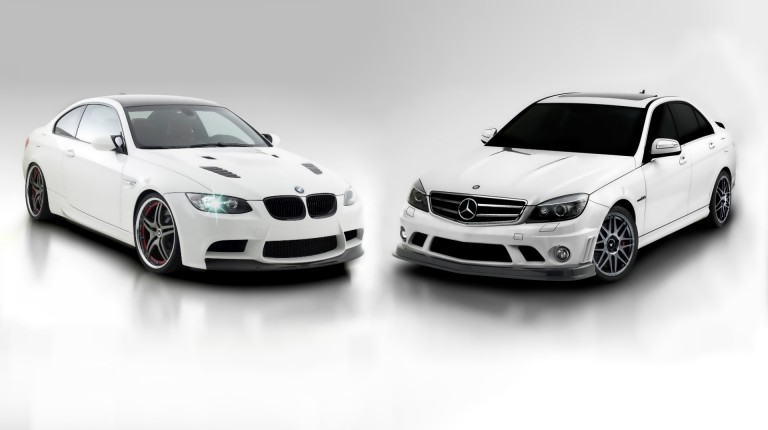 Daily News Egypt knew that both the German Mercedes and BMW submitted a plaint to the Minister of Finance about their objection on the cars prices issued by the Customs Authority. These prices were approved since the prices upon which customs are determined.

Legal Consultant of the Customs Authority Salah El-Masry believes the Authority has the right to liquefy the safety deposits presented by the two car importers and to transfer all the amounts due to the state’s treasury.

The memo presented to the minister narrated the incidents of the dispute and that the authority found a significant gap between Mercedes and BMW’s prices in Germany, the producing country, and the prices submitted to the Customs Authority by the two cars’ agents. It contradicts with the usual accounting rules followed in calculating the difference between the German market prices and the price that the product exported to Egypt with. That was seen through the suppliers’ bills and the agents’ price lists.

According to Article 17 of GATT agreement, addressing the value for customs purposes, pursuant to the provisions of Article 26 of the Executive Regulations of the Customs Law, and according to what was approved about the accounting rules of Mercedes and BMW, the Customs Authority found that the selling price in Germany includes 19% Value Added Tax, 15% incentive of the merchant in the show room for the Mercedes cars, and 17% for the BMW cars. By that, the price of the product is reached if offered for consumption in the country of production.

The Customs Authority found as well that the agents of the two companies obtain additional incentives 1% as a buying commission, in addition to the decided percentage as a production incentive for the German merchants. As a result, the prices of the Egyptian agent are lower than the selling price in Germany by 16% for Mercedes, and 18% for BMW. This is supported by the price lists of all the agents in Egypt over the past few years, including agents of the two companies, with the accessories and extra options in these cars offered in 2015. Thus the customs authority put its price publication for the two cars.

Sources in Mercedes Benz and BMW told Daily News Egypt that they were not informed that their safety deposits at the Customs Authority were liquefied and that the two companies will file a law suit against the Authority in front of the Administrative Court.

A source in the Customs Authority said the dispute with Mercedes and BMW was referred to the Committee of Settling Disputes, which was formed in accordance to Prime Minister Sherif Ismail’s decision.

In the same context of the disputes with the German cars companies, especially Mercedes and BMW, the Customs Authority communicated with the World Customs Organisation to discuss over the dispute with the two companies.

The Egyptian Customs Authority asked the World Customs Organisation to explain the cases in which the authority has the right to reject the customs value presented by an importer acting as sole agent, or distributor, without violating the rules approved by the World Trade Organisation (WTO).

The Customs Authority noted in its message that the some people work as sole agents or distributors for cars spare parts submit price lists including significant discounts on the original prices.

The discounts also consist of a general discount with 12% and additional special discount ranging between 25 and 76%. The authority said this level of discounts are unacceptable for the customs administration and that according to the authorities’ calculations, the value of products is much bigger than the value presented by the importers. By comparing the price of the product in the country of origin and the price in the presented price lists, the administration determines the export price. By that the value that was reached turned out to be much more than the value submitted by the importer.

The authority explained that according to the data, there are doubts that the presented price lists are fabricated; consequently, the deal’s value was rejected.

The World Customs Organisation replied through its Deputy General Secretary Sergio Mujica that Article 1 of GATT agreement mentions that the customs value of the imported goods should be the value of the deal. It is the paid price or the price that can be paid to these factories for selling them to be exported to the importing country after modifying it under the terms Article 8 of the agreement. This means the paid or payable price for these factories when sold for export to the country of export after amending it pursuant to Article 8 of the agreement.

Article 17 of the agreement mentions that the customs administration has the right to make sure of the credibility and accuracy of any data, document, or declaration it receives about the customs value.

The Organisation said the agreement does not mention the general or special discounts. However, it mentions the actual paid values or the payable values that represent the total payments that the buyer should pay to the seller in exchange for the imported goods. Consequently, it is necessary to look at the actual paid or payable amounts to determe the value for customs purposes. In all cases, the special discounts granted to the exclusive agents should be added to value for customs purposes, according to Article 7 of GATT Agreement. As for the other discounts, except the special discounts, the paid or payable value should be taken into consideration when determining them by the customs administration.

The World Customs Organisation concluded that the price that is less than the common prices in the market of the similar goods should not be a reason for rejecting it for the several market, commercial, or legal factors that lead to variations in prices.

The organisation noted as well that in case there is a reasonable doubt about the value, the terms of Article 17 should be applied.

Consequently, the importer should provide additional information that satisfy or convince the Egyptian Customs Authority of the credibility and accuracy of the information and documents presented. The importer should also present what confirms that the stated value is the total value paid for the imported goods as payment validation if available.

After getting this information, or if the importer does not make it available, the customs administration, if still in doubt regarding credibility of prices, the value cannot be determined according to conditions stipulated in Article 1. Thus, the customs administration shall investigate its reasons for doubt on condition that it communicates with the importer and give them the adequate opportunity to respond.

The Organisation demanded to take into consideration the concept of the comprehensiveness of the available evidences before taking a decision, especially the evidences related to proving the actual payments, which should be checked. The relation between the buyer and seller should be looked into as well.

The Customs Authority was advised to conduct a subsequent audit after the release, considering that it is an effective tool for performing supervision on the value for customs purposes. The Organisation said in case it is proven that the presented documents are not original, these documents cannot be accepted by the customs administration for evaluation purposes. The imported goods should be evaluated, in accordance to the agreement, based on the actual facts.

The Egyptian Customs Authority asked the Egyptian Embassy in Germany before to communicate with German cars factories to know the export prices to Egypt for Mercedes, BMW, and Volkswagen models of 2015 and 2016.

As for the accusations against the authority, it gets the guide prices that it applies on the cars from websites on the internet. General Manager of Technical Research at the Customs Authority said that “it is not rational that the car price remains as it was since 2010, in spite of advancing the car’s specs”.

Daily News Egypt knew that the German-Arab Chamber of Industry and Commerce sent a letter to the Ministry of Finance, in which it expressed its fears regarding the decision of the Customs Authority to increase the pilot prices on imported cars at a rate that reaches 30%.

The chamber considered this decision will cause car prices to increase for consumers, which means that cars will not be within reach of most people and that the decision will force investors to leave the Egyptian market.