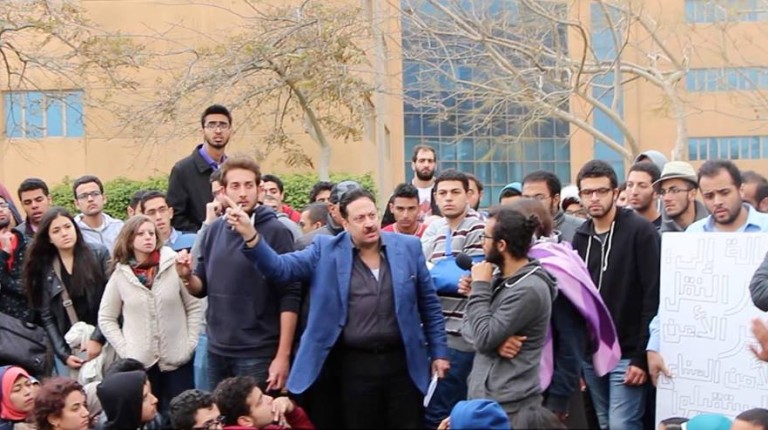 The administrative judiciary announced the date of the verdict on the appeal of students of the German University in Cairo (GUC) to 10 January.

After the death of GUC student Yara Tarek, the GUC Student Union (SU) announced a sit-in on campus. Tarek was hit by a bus in March 2015 when she had lost her balance and fell within the buses waiting area as while one bus was reversing and another was moving forward.

Students boycotted exams following the incident and took part in a sit-in requesting accountability for the university’s transportation administration, changing campus security, and the availability of equipped ambulances.

On 1 August, the prosecution summoned six students to inform them it was looking into their suspension for six months, two years, or indefinitely.