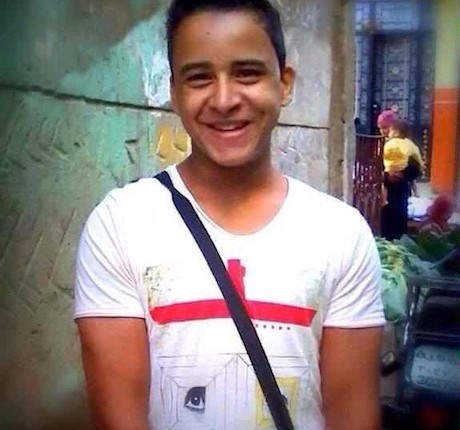 Mahmoud Hussein, detained for wearing a t-shirt bearing the phrase “Nature Without Torture”, is scheduled to appear before court Wednesday for a detention renewal order. This session has been postponed three times, due to the failure of prison authorities to transfer him to the courtroom.

The session will be held at Tora Police Institute and presided over by Judge Hassan Farid, who ordered an EGP 1,000 fine to be paid by the Tora prison warden for failure to deliver Hussein to court. Hussein, who was arrested on 25 January 2014 at el-Marg, checkpoint in Cairo, has spent more than 712 in remand.

Nonetheless, his trial has yet to start, and, according to his brother Tarek Hussein, he has only been questioned once during the period in which he has been detained. Hussein has also been subject to more than 20 adjournment sessions to renew his detention, for a period of 45 days each time. 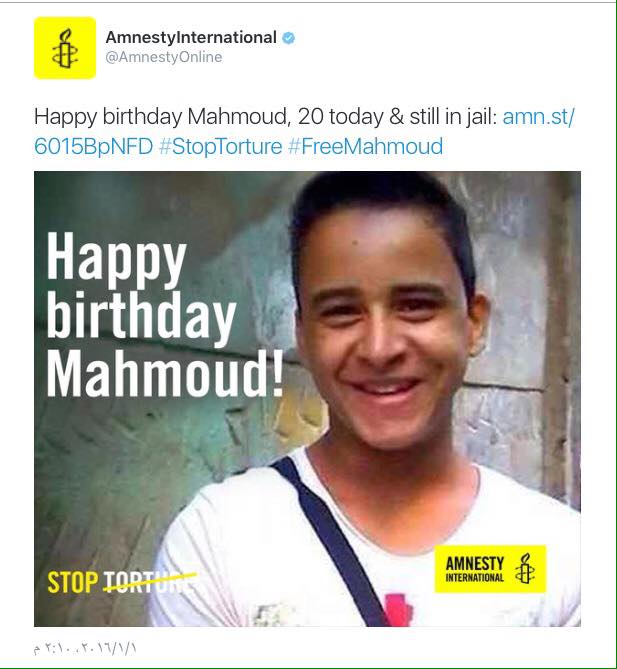 Local and international human rights organisations have called for Hussein’s release; however, these efforts have proved ineffective.

Hussein was arrested when he was 18 years old. In addition to the anti-shirt he had in his possession a scarf reading “25 January”.

Prominent NGO Amnesty International (AI) has campaigned for Hussein’s release, calling on President Abdel-Fattah Al-Sisi and the Egyptian authorities to “release prisoner of conscience Mahmoud Hussein immediately and unconditionally and for all charges against him to be dropped.”

There has been no clear evidence presented against Hussein throughout the nearly two years he has been detained, but authorities have accused him of ‘“belonging to the Muslim Brotherhood, terrorism, and a long list of charges”, according to his brother.

Hussein received worldwide messages in solidarity with him on his 20th birthday spent in prison on 1 January 2016.